Trump's Totalitarian Playbook and How to Defeat It 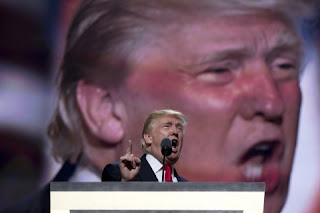 With his Muslim ban, Trump has begun to identify his adversaries – both within the federal government and outside. He is dehumanizing people from many countries – top scholars are no different from terrorists, in his sinister eyes. He has begun undermining and stigmatizing the media, hoping he can work his foulest schemes in secrecy while filling our consciousness with his abundant propaganda. He has simultaneously been undermining the political process, with a sham storyline about voter fraud against him that led him to lose the popular vote very substantially – when, in fact, if there was any voter suppression, it was probably of his side’s doing, misleading voters.

Trump’s next steps are:

1) undermine and de-legitimize political adversaries – will he send death squads for legislators who oppose him, or shut down the whole Senate, or just  throw up so many lies about his opponents that they lose political clout all together;

2) a catastrophic event, like the burning of the Reichstag in Germany in the 30’s – a monument may crumble, people may die, and Trump will use the tragic moment in a pre-planned seizure of power, maybe martial law, telling Americans they must pull together behind him and against our enemies here and abroad. Remember how America came together after 9/11? Now imagine that kind of power in the hands of a despot far worse than Bush;

3) disempower the civil rights lawyers and the judiciary – he will sabotage the courageous trial lawyers and civil rights advocates who seek to hold him accountable by drowning them with endless falsehoods, appealing to populist sensibilities (and possibly anti-Semitism) against "greedy lawyers," "ambulance chasers" and the like. Meantime, any courts that try to stand in his administration’s way will be excoriated – only kangaroo courts tolerated. We saw a bit of this from him pre-election with his racist remarks about the Latino Indiana judge who ruled against him;  and

4) delegitimize the political parties– in the mid-term elections, possibly after the event that mirrors the Reichstag burning, Trump will say he is the only answer, only those loyal to him are loyal Americans, leaving no room for anything but sycophants and the terrorized masses.

The way to resist is to resist. Sally Q. Yates said no to the Muslim ban as Acting Attorney General, and lost her 30-year career. Will people follow her example and say “no,” and find a new path in fighting the totalitarian, or will he cow his opponents with his violence? If, in the wake of Yates’ retaliatory termination, we all stand with her – if the 100 current State Department resistors become 10,000 – then we can stop Trump. His path to dictatorship depends on us becoming subservient, seeing no other way, losing the will to fight, circling our wagons and protecting what’s ours.

Let us, instead, heed the words of George Santayana, that those who forget history are doomed to repeat it. Trump can become very powerful, or can collapse under his own bloated mass if he does not have enough people to prop him up while the rest of us look away.

We will fight the new American Revolution if a tyrant comes to take away our democracy. Or, as we chanted at the recent Women’s March, a people united can never be defeated.

Donald Trump - you are nothing, compared to all of us.

California Supreme Court Offers Clear Statement: A Rest Period Must Be a Period of Rest

In the final week of 2016, the California Supreme Court handed a victory to workers across the State by clarifying that employers may not require hourly employees to remain on call during mandatory 10-minute rest periods. The Court grounded its decision in the history of the rest-period requirement, statutory interpretation, and common sense, leading to its conclusion that “A rest period, in short, must be a period of rest.”

The case before the Court, Augustus v. ABM Security Services, Inc., involved security guards who were required to keep their pagers and radios on during rest periods and remain ready to respond to calls when needs arose. The security guards won a $90 million victory in the trial court on summary judgment – based on the employer’s admission that it did not relieve guards of all duties during rest periods - but the Court of Appeal reversed. In doing so, the appellate court concluded that state law does not require off-duty rest periods, and furthermore, that “being on call” is not performing work.

Augustus follows a 2012 decision of the state’s high court, Brinker Restaurant Corp. v. Superior Court, which concluded that employees must be relieved of all duties during statutorily required 30-minute meal periods. Now, Augustus confirms that employers must treat meal and rest periods the same way.

In an opinion written by Justice Cuéllar and joined by four Justices, the Court used the dictionary definitions of “rest” – the “cessation of work, exertion, or activity” or “freedom from activity and labor” – as an indication of the legislative intent behind the rest-period requirement. Justice Cuéllar traced the history of the provision, from an Industrial Wage Commission wage order in the 1930s to California Labor Code § 226.7, enacted in 2000. The Court noted indications that the Legislature had intended for meal and rest periods to be treated the same, and further that specific provisions which authorize on-duty rest periods (such as one involving caregivers at 24-hour residential care facilities) would make no sense if any employee can be required to be on duty during a rest period. The Court also looked to guidance from the Division of Labor Standards Enforcement which had determined that rest periods must be duty-free.

The majority also took care to assuage concerns that off-duty rest periods would be too onerous for employers, noting that an employer can call an employee back to work mid-break if there is an urgent need, so long as the employee gets an additional rest break within the prescribed timeframe or the employer pays the employee a premium for the missed break.

In a concurring and dissenting opinion, Justice Kruger agreed that rest periods must be off-duty, but quibbled with the premise that being “on call” is work. She would have remanded the case to the trial court for further consideration of whether this particular on-call policy unreasonably interfered with the security guards rest breaks.

Rather than let this determination devolve into a fact-bound, mushy standard as to what kinds of on-call policies unreasonably interfere with a 10-minute rest break, the Court created a bright-line rule. The Court acknowledged that, as a practical matter, a 10-minute break is exceedingly short and that any interference by the employer is likely to compromise the employee’s ability to briefly rest. The Court further noted that many employees may need to use those ten minutes to  take care of personal matters, such as pumping breast milk or making a phone call to arrange child care. In short, the Court has put employers in California on notice that rest means rest, making it much easier for employees to challenge employer policies that fail to conform to the law.

If you believe that your employer has failed to provide you with off-duty rest periods as required by California law, please contact Bryan Schwartz Law.
Posted by Anonymous No comments:

Working Backward from My Bliss: I Resist 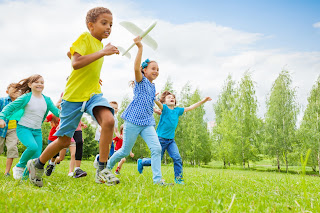 A wet field of overgrown grass between the vineyards in Sonoma, my children running laughing after a soccer ball and a basketball - nothing contains them. There are no rules to their game, they are uncontrollably happy, they can be and do anything here. We have it good.

We were running 125 years ago, too. Running to America, we fled pogroms where children like mine lived in fear, had nothing, where parents saw only blood and destruction where they lived.

America welcomed my family and we have helped build it. We have followed her rules, paid our taxes, built and supported businesses. We have tried to give more than we have taken. Thousands have led better lives because of us.

Today America changes – says refugees are unwelcome, builds a wall with its hostility. Generations from now we will miss the laughing children’s children of those we exclude.

When we fail to pay it forward, we suddenly fear what is behind us. Just over our shoulder, despair and anger lurk among those we leave suffering.

Violence will meet us if we do not resist non-violently. We must cling to truth, satyagraha. We must produce prohibited salts, boycott buses, lie prostrate before wheels of tanks, and through it all, touch lepers, for the love of G-d.

For the love of children running laughing through the overgrown grass, for the sake of my bliss, today and for the next four years, I resist.
Posted by Bryan Schwartz Law No comments: 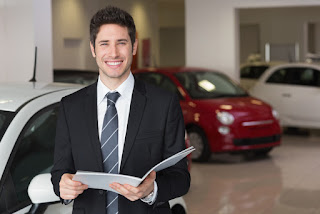 On January 9, 2017 the Ninth Circuit held that car service advisors do not fall within the exemption from overtime-compensation for “any salesman, partsman, or mechanic primarily engaged in selling or servicing automobiles” provided in § 213(b)(10)(A) of the Fair Labor Standards Act (“FLSA”). (Navarro v. Encino Motorcars, LLC, No. 13-55323, Slip Op. 4 (9th Cir. 2017)).

Individuals working as “service advisors” filed an FLSA overtime action against their employer, a dealership that sells and services new and used cars. Plaintiffs alleged that service advisors’ duties include: greeting car owners as they arrive at the dealership’s service area; evaluating cars’ repair and maintenance needs; suggesting services for cars; writing up estimates; and following up with customers. (Slip Op. 4-5)

On remand the Ninth Circuit performed a detailed inquiry into the text and legislative history surrounding § 213(b)(10)(A). After reviewing “the ordinary meaning of the exemption’s words and the rule that we must interpret exemptions narrowly,” the court concluded, “we are convinced that Congress intended to exempt only salesmen selling cars, partsmen servicing cars, and mechanics servicing cars.” (Slip Op. 23)

On Friday, January 13, 2017, the Supreme Court granted certiorari to consider the consolidated appeals of Epic Systems Corp. v. Lewis, Ernst & Young v. Morris, and NLRB v. Murphy Oil. The Court will consider a circuit split regarding whether arbitration agreements containing class action waivers are enforceable under the Federal Arbitration Act in the employment context. In Murphy Oil, the Fifth Circuit held that a corporate defendant did not commit unfair labor practices by requiring employees to sign its arbitration agreement, which contained a class action waiver. In Epic and Ernst & Young, the Seventh and Ninth Circuits held otherwise -- that class waivers in arbitration agreements signed by employees violated the National Labor Relations Act because the waivers restricted the workers' right to concerted action. Bryan Schwartz Law blogged about the appellate decisions here and here.

These cases do not dispute that employees may waive their right to proceed with claims against their employer in any forum other than arbitration. Rather, the Seventh and Ninth Circuits have held that employees cannot waive their right to proceed as a class in any forum. These circuits, as well as the current National Labor Relations Board, agree that the National Labor Relations Act of 1935 protects private sector employees' right to concerted action in workplace disputes.

This long-enshrined federally-granted right to concerted action has come under attack since the Supreme Court decided AT&T Mobility LLC v. Concepcion, 563 U.S. 333 (2011). Concepcion broadly interpreted the Federal Arbitration Act of 1925 to preempt state laws that prohibit contracts from disallowing class-wide arbitration. While Concepcion was a consumer case, many courts, including the Fifth Circuit, have applied its holding to force employees to proceed with their claims against employers in arbitration, and to do so individually, rather than on a class-wide basis.

The Supreme Court should restore order in the lower courts by clarifying that the National Labor Relations Act protects workers' right to concerted action, that this right is not preempted by the Federal Arbitration Act, and that courts must stop applying Concepcion and its progeny to deny workers the right to proceed as a class in any forum.