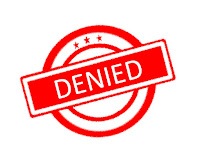 Today, the Supreme Court of the United States summarily denied certiorari to an appeal from a recent Ninth Circuit decision, McKeen-Chaplin v. Provident Savings Bank, 862 F.3d 847 (9th Cir. Jul. 5, 2017), which held that mortgage underwriters did not qualify as exempt from the overtime requirements of the Fair Labor Standards Act (FLSA).

The Ninth Circuit’s ruling in McKeen-Chaplin, clarifies the legal analysis for evaluating whether an employer has met the second prong of the administrative-exemption test. The administrative-exemption test requires administrative employees to have as their primary duty “the performance of office or non-manual work related to the management or general operations of the employer or the employer’s customers.” 29 C.F.R. § 541.200. Notably, the Ninth Circuit utilized the “administrative / production dichotomy” to determine whether the employer met the second prong of the FLSA’s administrative exemption. Under the administrative / production dichotomy framework, “whether [an employee’s] primary duty goes to the heart of internal administration—rather than marketplace offerings” is the crucial test. Thus, if an employee’s duties focus on the core business of a company, e.g., an underwriter working on a bank’s mortgage products, then the employee is not administratively exempt, and is entitled to overtime. Bryan Schwartz Law previously blogged about McKeen-Chaplin here.

Employees who produce a company’s core products or services, as opposed to performing “work related to the management or general operations of the employer,” should not be denied overtime based on the FLSA’s administrative exemption.

If you believe your employer has incorrectly classified you as an exempt administrative employee and deprived you of overtime pay even though you produce the core goods or services of your employer, then please contact Bryan Schwartz Law.

The first 10 months of the Donald Trump Administration have been a sort of stress test for the resilience of the American constitutional system and the institutions charged with upholding it. We have seen an acting Attorney General resign rather than implement a plainly unconstitutional “Muslim ban,” and top Pentagon officials walk back Trump’s most belligerent threats of a nuclear attack against North Korea. But no institution has served a greater role in curbing the worst impulses of the Trump presidency than the federal courts, which have been repeatedly confronted with the Trump Administration’s cynical and authoritarian efforts to violate our core liberties and constitutional values: equal protection under the law, freedom of speech, and freedom of religion, to name a few.

In the most recent example, the U.S. District Court for the District of Columbia last week granted a preliminary injunction against the enforcement of President Trump’s Memorandum, which sought to ban all transgender individuals from serving in the U.S. military, effective March 2018. Under the Obama Administration, the Department of Defense went through a lengthy deliberation process and announced in June 2016 that transgender Americans could serve openly in the U.S. military, and that transgender recruits would no longer be turned away. The effect of the District Court’s Order is to preserve that status quo, such that current transgender troops will not be discharged in March and transgender recruits may join the military as soon as January.

In a detailed opinion, the Court determined that the Plaintiffs – current and aspiring transgender service members – were likely to succeed on their Fifth Amendment equal protection claims. The Court first determined that the Memorandum’s effect of disfavoring a class of historically persecuted individuals warranted heightened scrutiny. Then the Court concluded that the government could not meet such a standard, noting the unusual circumstances surrounding the announcement of the ban (i.e., it was announced via a series of Presidential tweets), the lack of factual support for the reasons proffered in favor of the ban, and the fact that the military itself had recently rejected those same reasons. The guiding principle in rejecting the ban is that “the Constitution’s guarantee of equality must at the very least mean that a bare desire to harm a politically unpopular group cannot justify disparate treatment of that group.” This principle has been applied to protect maligned groups from “hippies” (U.S. Dep’t of Agriculture v. Moreno) to the mentally disabled (City of Cleburne v. Cleburne Living Center) to lesbians and gays (Romer v. Evans, Lawrence v.Texas, and U.S. v. Windsor). In short, Trump cannot prevent trans soldiers from serving their country simply because he, and his base, do not like trans people.

The courts have so far risen to the task of protecting these and other fundamental rights – blocking policies fueled by nothing more than bare hatred of Muslims, or immigrants, or LGBTQ individuals, among others. This was no guarantee: throughout their history, the federal courts, up to the Supreme Court, have repeatedly endorsed discrimination against unpopular groups, bowing to popular will or their own private bias in upholding Jim Crow laws (Plessy v. Ferguson), Japanese internment (Korematsu v. U.S.), and sodomy bans (Bowers v. Hardwick). The Supreme Court has sometimes later reversed course: rejecting “separate but equal” in Brown v. Board of Education, and recognizing a right to same-sex consensual sexual intimacy in Lawrence v. Texas. This history reminds us that we cannot take the courts for granted, or assume that they will consistently protect society’s most vulnerable.

So far, Trump has been his own worst enemy in the series of judicial challenges to his discriminatory executive orders. Courts had little trouble finding that the Muslim ban was fueled by discriminatory animus given Trump’s extensive campaign rhetoric and tweets indicating a desire to harm Muslims by virtue of their faith. In rejecting the transgender service ban, the Court determined that Trump’s sudden announcement of the ban via Twitter tended to support that it was motivated by a desire to harm a politically unpopular group (at least among his own base) than any rational policy objective.

Beyond Trump’s inability to keep his mouth shut or his fingers away from his cell phone, his policies have also failed as a result of his Administration’s resistance to established procedures and its shoddy lawyering. For instance, in reference to the transgender service ban, the Court noted that it “by no means suggests that it was not within the President’s authority to order that additional studies be undertaken and that this policy be reevaluated. If the President had done so and then decided that banning all transgender individuals from serving in the military was beneficial to the various military objectives cited, this would be a different case.”

Although it seems unlikely that Trump will suddenly exhibit the discipline required by his office,  the extent to which courts have relied on the Administration’s missteps to overturn discriminatory policies suggests that we cannot simply assume courts will continue to do so, should Trump demonstrate a modicum of self-control. Further studies would be unlikely to support the President’s overblown, discriminatory rhetoric, so a transgender ban (for example) would be unlikely to succeed, all things being fair and equal, even if championed by a more competent administration – but only if people of conscience, including attorneys, continue to fight vigorously for America’s constitutional and statutory guarantees.


Moreover, while the federal courts have been preventing the worst of Trump’s abuses from coming to fruition, the Trump Administration has been working at a breakneck pace to fill the large number of judicial vacancies (more than 150) that remained unfilled at the end of the Obama presidency. Filling these vacancies with opponents of basic civil rights for LGBTQ individuals has been one of the few “successes” of the Trump presidency. Among the 50 or candidates Trump has nominated to lifetime federal judicial appointments include Jeff Mateer, who in 2015 referred to transgender children as proof of “Satan’s plan.” Another, John K. Bush (who has already been confirmed to a seat on the Sixth Circuit), had a previous side career as a right-wing blogger who derided LGBTQ individuals and promoted conspiracy theories about President Obama’s citizenship.

Thus, although the courts have largely risen to the extraordinary challenges posed by Trump’s discriminatory policies, that job will become increasingly difficult as Trump’s own judges come to represent a significant portion of the federal bench. If we expect the courts to keep up, we must remain vigilant and strenuously oppose those of Trump’s judicial appointees who will rubber-stamp the unfit President’s agenda.
Posted by Anonymous No comments: