Earlier this month, the Supreme Court of California ruled that an employee does not lose standing to pursue a claim under the Private Attorneys General Act of 2004, California Labor Code § 2698, et seq. (PAGA) where that employee settles and dismisses his or her individual claims. In Kim v. Reins International California, Inc. (full opinion here), the Court rejected the employer’s injury-focused argument that an employee who settles his or her individual claims is no longer a “person aggrieved” for purposes of PAGA. The result is a positive judicial step in the right direction in ensuring that PAGA will continue to be a viable tool that may be used to protect the public interest in enforcement of the State’s labor laws.

The Plaintiff in Kim brought a putative class action claiming that he had been misclassified as exempt from overtime laws. The operative complaint alleged claims for failure to pay wages and overtime (Cal. Labor Code § 1194), failure to provide meal and rest periods (Cal. Labor Code § 226.7), failure to provide accurate time statements (Cal. Labor Code § 226(a)), waiting time penalties (Cal. Labor Code § 203), and unfair competition (Cal. Bus. & Prof. Code § 17200). It also sought civil penalties under PAGA. The employer compelled Plaintiff to arbitration and the PAGA litigation - which could not be compelled to arbitration, under Iskanian v. CLS Transportation Los Angeles (as explained here) - was stayed pending arbitration. While the PAGA action was stayed, the employer made a statutory offer to settle Plaintiff’s individual claims pursuant to Cal. Code Civ. Proc. § 998. Despite the settlement encompassing only Kim's "individual claims" (as discussed in footnote 7 of the Supreme Court opinion), the company sought and the court granted summary adjudication on the PAGA claim, concluding that Plaintiff lacked standing because his rights had been completely redressed by the settlement of his individual claims. The Appellate Court affirmed, leaving the California Supreme Court to weigh in on standing in PAGA cases. 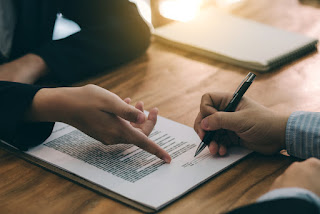 Looking to the statutory language, the Supreme Court concluded that the settlement of individual claims does not strip an individual employee of standing to bring a PAGA claim. First, the plain language of PAGA only requires that a plaintiff be an aggrieved employee – someone “who was employed by the alleged violator” and “against whom one or more of the alleged violations was committed.” In rejecting the employer’s argument that a continuing injury was required to meet this definition, the Court explained that an injury-centric focus was misplaced as PAGA standing is defined in terms of an employer’s violations rather than an employee’s injuries. PAGA does not require an employee to claim any economic injury resulted from a labor violation, only that the labor violation itself occurred. Whereas the employer’s reading would read in requirements not found in the text itself, PAGA’s language only requires that an employee have suffered “one or more of the alleged violations” committed, which permits an employee to serve as a PAGA representative for violations that the employee did not personally experience, as the Court of Appeal in Huff v. Securitas had explained (see our amicus brief here for discussion of Huff).

The Court went on to discuss that injury is not a requirement for civil penalties; damages and civil penalties serve different purposes. In the case of PAGA, the statutory purpose is to remediate present violations and deter future violations as a matter of public interest, not to redress employees injuries. The Court also distinguished PAGA actions from class actions, emphasizing that whereas in a class action the representative only possesses his or her own claim for relief, a PAGA claim is brought on behalf of all affected employees as the state’s designated proxy, as in a qui tam action.

Turning to broader policy considerations, the Court explained that a narrower interpretation of who was an aggrieved employee for purposes of PAGA would have the effect of eliminating employees that settled their claims from the group of individuals eligible to receive a share of the penalties, which in turn would mitigate or potentially completely eliminate the amount of penalties that the state could collect. The Court also reasoned that, in light of plaintiffs' recognized ability to bring stand-alone PAGA claims, standing for a PAGA claim cannot be dependent on the maintenance of an individual claim as PAGA-only cases are not cases in which individual relief has been sought. Further, as there are numerous Labor Code violations that do not have a private right of action (for example, Cal. Labor Code § 558, which we previously discussed here) but can be vindicated in a PAGA action, it would be inconsistent to require a plaintiff to have an unredressed injury to have standing. Finally, the Court rejected as unsupported the employer’s arguments that the legislative history supported its argument or that Plaintiff should be precluded from raising his claim.

Notably, the Court also described Reins's conduct as "troubling." Specifically, Reins explicitly carved out Plaintiff's PAGA claim and made its settlement offer pursuant to California Code of Civil Procedure § 998, which permits defendants to recover defense costs if a jury awards a smaller award to the plaintiff than the defendant previously offered in settlement. The Court opined that "if Reins's prior conduct did not amount to an estoppel, this turnabout was hardly fair play," and observed that reaching a contrary holding would present plaintiffs with a difficult choice: "either reject the offer and risk incurring substantial liability for costs or accept the offer and lose the ability to pursue the PAGA claim."

Ultimately, the Court’s ruling in Kim is an important step in protecting employees’ rights by upholding a system designed to ensure that California’s Labor laws are properly enforced. PAGA remains an important and efficient tool in curbing an employers’ widespread misconduct. If you are seeking to assert wage claims representing your co-workers, contact Bryan Schwartz Law.
Posted by ryantchin