Certified: Thousands of Oracle Women Permitted to Proceed as a Class in a Significant Win for Gender and Pay Discrimination Actions

While the ruling does not reach the merits of the allegations, it nevertheless is a crucial victory and an important breakthrough in pay and sex discrimination class action cases. In recent years, plaintiffs have sometimes met resistance in trying to bring class claims of systemic gender-based discrimination. For example, in Huang v. Twitter, the California courts declined to certify a class of approximately 135 software engineers in an action alleging that Twitter’s discretionary promotion policy had a disparate impact on women in violation of California’s Fair Employment and Housing Act. Similarly, in Moussoris v. Microsoft, the federal district and appellate courts declined to certify a class of approximately 8,600 women in technical and engineering roles in an action alleging that Microsoft’s policies and practices had a disparate impact on women with respect to compensation, promotions, and performance evaluations, in violation of Title VII of the Civil Rights Act and Washington state law. In both cases, the courts cited to Wal-Mart v. Dukes in concluding that commonality could not be established because the discrimination that the women faced was a result of an individualized exercise of discretion, so the inquiry was not suitable for a class case. In a sense, the employers were able to avoid liability on a classwide basis by granting decision-makers the type of discretionary authority that perpetuated the very structural, implicit biases that these cases sought to challenge. 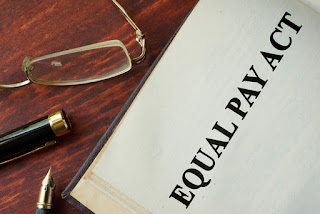 In the instant case, plaintiffs’ claims differed in two notable ways. First, the claims were brought under California’s EPA, which is a strict liability statute – meaning there is no requirement to prove intent, discriminatory animus, or motive for the identified pay disparity. Second, plaintiffs contended that much of this pay disparity arose from Oracle’s use of prior salary at jobs before Oracle, an impermissible factor with respect to pay disparity under the statute (see Labor Code 1197.5(a)(1)(D)(4)).1

In support of their claims, Plaintiffs submitted evidence that Oracle has a detailed, company-wide system of job codes that groups employees by job function, job specialty, job family, and responsibility level. Plaintiffs subsequently elicited Person Most Qualified (PMQ) testimony that individuals within job code share basic skills, knowledge, and abilities, and similar levels of responsibility and impact. Plaintiffs also introduced expert reports establishing that: (1) work within Oracle’s specific job codes were substantially equal with respect to skills, effort, and responsibilities; and (2) that women working in the same job codes as men receive less base pay, fewer bonuses, and lower stock compensation, to a statistically significant degree, such that the discrepancy could not be explained by job definition, tenure at Oracle, tenure in position, job performance, years of job experience, or location of work site.

The Superior Court found that Plaintiffs’ theory of recovery was suitable for class-wide proof because Oracle’s job codes would allow for comparison of salary data between individuals that performed work similar in skill, effort, and responsibility. The Court concluded that Plaintiffs’ evidence supported a finding that Oracle employed a top-down, centralized compensation system that was appropriate for classwide resolution.

Oracle argued that there was sufficient variance within each job code with respect to the specific duties of each employee that a comparison at the job code level was improper. However, the Court concluded that this was inconsistent with Oracle’s own PMQ testimony, and the EPA’s requirement that jobs only share similarities with respect to a composition of skill, effort, and responsibility performed under similar working conditions. Further, at the certification stage, Plaintiffs need only offer a theory that is susceptible to common proof, which they had done here.

Oracle also argued that it was entitled to present individualized evidence with respect to each and every class member to attempt to establish that there was a “bona fide” factor responsible for that woman’s lower pay compared to every man in her job code who is paid more. The Court rejected Oracle’s argument, finding that to be “bona fide” and applied “reasonably,” any job-related factor that Oracle could point to would have to have been applied consistently with respect to employees performing the same work. As the Court explained: “it is not reasonable or consistent with the purposes of the EPA to permit an employer to pick and choose factors inconsistently and idiosyncratically to justify disparate pay decisions for employees performing substantially similar work.” Although Jewett is not directly responsive to the decisions in the Twitter, Microsoft, and Wal-Mart cases, the Jewett order rebuffs the notion that an employer can insulate itself from classwide gender discrimination claims with respect to pay disparity by letting decision-makers operate with unchecked discretion.

Jewett thus marks an important step in bridging the gender pay gap as it provides employees with a simpler mechanism to bring their claims. Specifically, the Jewett order has solidified the California EPA as a pathway forward to challenging systemic gender discrimination in pay on a classwide basis.

If you believe you are being paid less because of your sex, contact Bryan Schwartz Law.

1 The 9th Circuit recently reiterated that reliance on prior pay history does not insulate an employer from liability under the federal EPA, which this firm has blogged about here.↩
Posted by ryantchin