Victory! U.S. Supreme Court Rules that Employers Cannot Discriminate Against Their Employees for Being LGBT 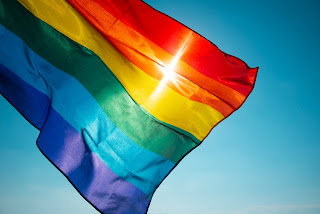 Today, the Supreme Court ruled that Title VII protections apply to lesbian, gay, bisexual, and transgender workers. Title VII was created in 1964 and prohibits employment discrimination based on race, color, religion, sex, and national origin. After hearing oral arguments for three cases last October, the Court ruled in a 6-3 decision that prohibited discrimination “because of sex” under Title VII also extends to LGBT workers.  This landmark ruling is a huge victory for employees and the LGBT movement.

Before Monday’s ruling, employees in more than half the states could be fired for being LGBT. The three cases discussed before the Supreme Court involved two gay men and one transgender woman, all of whom were terminated immediately after their employer discovered they were LGBT. Gerald Bostock was an award-winning child welfare advocate in Georgia but was fired after his employer found out he participated in a gay recreational softball league. Donald Zarda, a skydiving instructor in New York, was fired days after mentioning he was gay to a client. Aimee Stephens, a transgender woman working at Harris Funeral Homes in Michigan, was fired after announcing she planned to “live and work full-time as a woman.”

The Court’s decision was surprising to most, as Justice Gorsuch, appointed by President Trump, wrote for the Court. Justice Gorsuch was joined by Republican-appointee Chief Justice John Roberts and Justices Ruth Bader Ginsburg, Stephen Breyer, Sonia Sotomayor, and Elena Kagan. The majority found that Title VII’s “because of sex” was originally enacted with protections for LGBT employees in mind. Further, even if an employer’s ultimate goal is to discriminate against its employees on the basis of sexual orientation, the employer intentionally treats an employee worse based on that individual’s sex along the way. For example, if two identical employees are attracted to men, and the employer fires the male employee for no other reason other than the fact he is attracted to men, the employer discriminates against him for traits it tolerates in its female employee. The Court found that this is simply discrimination based on sex, with Justice Gorsuch stating that this analysis “involve(s) no more than the straight-forward application of legal terms with plain and settled meanings.”

Justice Samuel Alito and Clarence Thomas joined in a dissent out of touch with what the American public has long believed, arguing that the Court was wrongly stepping into the shoes of legislators. Justice Alito stated that if Congress wanted Title VII to include protections for the LGBT population, it would have amended the statute to explicitly include “sexual orientation” or “gender identity.” Meanwhile, in a separate dissent, Justice Kavanaugh focused primarily on statutory interpretation and argued that the majority failed to analyze appropriately the “ordinary meaning” of Title VII.

The Court’s decision resolved a split among federal circuit courts, with the Eleventh Circuit previously holding that sexual-orientation-based claims were not actionable under Title VII but the Second, Sixth, and Seventh Circuit reaching the contrary decision. In Bostock’s case, the Eleventh Circuit upheld the district court’s dismissal of Bostock’s complaint due to a previous panel holding that found Title VII did not apply to sexual orientation claims, holding that “under [the] prior panel precedent rule, we cannot overrule a prior panel’s holding, regardless of whether we think it was wrong.” The prior panel had explained, “[d]ischarge for homosexuality is not prohibited by Title VII,” highlighting that no Supreme Court decision had ever “squarely address[ed] whether sexual orientation discrimination is prohibited by Title VII.” Evans v. Georgia Reg'l Hosp., 850 F.3d 1248, 1255-56 (11th Cir. 2017) (citing Blum v. Gulf Oil Corp., 597 F.2d 936, 938 (5th Cir. 1979)). Similarly, the district court in Stephen’s case stated that “neither transgender status nor gender identity are protected classes under Title VII.” E.E.O.C. v. R.G. & G.R. Harris Funeral Homes, 201 F. Supp. 3d 837, 861 (E.D. Mich. 2016). In his dissent in Zarda v. Altitude Express, Inc., the Second Circuit case finding that sexual-orientation-based claims were actionable under Title VII, Judge Gerard E. Lynch stated, “I would be delighted to awake one morning and learn that Congress had just passed legislation adding sexual orientation to the list of grounds of employment discrimination prohibited under Title VII[, but when] I actually woke up[, I] realized that I must have been still asleep and dreaming. Because we all know that Congress did no such thing.” 883 F.3d 100, 137 (2d Cir. 2018). With the Supreme Court’s decision today, we can wake up knowing that we all have the right to be protected against employment discrimination under Title VII.

In his opinion, Justice Gorsuch wrote that “it is impossible to discriminate against a person for being homosexual or transgender without discriminating against that individual based on sex.” We agree. To the tireless activists—including Mr. Zarda and Ms. Stephens, both of whom passed away before this decision could be published—and decades of LGBT activism that led to this momentous decision today, we thank you and look forward to ensuring employers adhere to this ruling in the years to come.

Bryan Schwartz Law celebrates today’s important decision. The firm has written about Title VII many times before. If you believe you were discriminated against on the basis of sex, please contact Bryan Schwartz Law today.
Posted by Jasjit Mundh