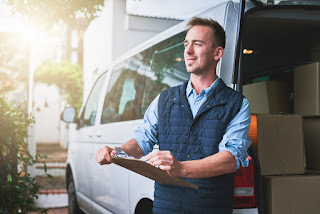 Today's ruling in Dynamex v. Superior Court (S222732) (April 30, 2018) is an 85-page dissertation, authored by the Chief Justice, for a unanimous court, meant to limit abuse of the independent contractor designation in California. Read the decision here.

In an era when the United States Supreme Court’s majority increasingly buries its head in the sand and resorts to overly formalistic readings, tilting the scales of justice toward exoneration of unscrupulous businesses, it is refreshing to read Dynamex. The California Supreme Court consistently keeps front and center the unequal bargaining power real California workers experience when going to work. Dynamex helps restore balance, placing the burden where it should be – on businesses, if they hope to show that their workers, or any of them, are independent contractors, not subject to the protection of the Wage Orders that enforce the California Labor Code. Dynamex is a win also for businesses that play fair, because they will not have to compete against others cutting corners on wages, and for the general public, because the Wage Orders and Labor Code are fundamentally designed to protect the health and welfare of everyone in California workplaces. (Slip Op. at 58-60).

In the first pages of Dynamex, the Court notes a U.S. Department of Labor report finding that the distinction between independent contractors and employees is the most important factor in determining whether a worker will receive labor, employment, and other statutory protections. Employers hold back billions of dollars a year in taxes based upon improper independent contractor designations, and millions of workers suffer the consequences. (Slip Op. at 2).

The workers in Dynamex argued that the same tests determine whether supposed independent contractors are actually employees entitled to Wage Order protections, as would determine whether two entities are joint employers - namely, the tests in Martinez v. Combs (2010) 49 Cal.4th 35, 64: whether an alleged employer has a) control over wages, hours and working conditions, or; b) suffers or permits work to occur; or c) engages a worker to perform work. Dynamex upheld the Court of Appeal decision, holding that the trial court did not err in concluding that the "suffer or permit to work" definition of "employ" contained in the Wage Orders may be relied upon in evaluating whether a worker is an employee. (Slip Op. at 46-47). The company had argued that courts could only use the old independent contractor test from S. G. Borello & Sons, Inc. v. Department of Industrial Relations (1989) 48 Cal.3d 341 (Borello), but the Court of Appeal and Supreme Court rejected this view. (Slip Op. at 6-7, 46).

Instead, the Court held that, in evaluating the “suffer or permit” test under Martinez, for the purpose of determining independent contractor versus employee status, courts should apply the “ABC test.” Though, as of today, I find no state cases prior to Dynamex in California that invoked the ABC test, I predict there will be hundreds of “ABC test” decisions in the months and years to come.
“Under this test, a worker is properly considered an independent contractor to whom a wage order does not apply only if the hiring entity establishes: (A) that the worker is free from the control and direction of the hirer in connection with the performance of the work, both under the contract for the performance of such work and in fact; (B) that the worker performs work that is outside the usual course of the hiring entity’s business; and (C) that the worker is customarily engaged in an independently established trade, occupation, or business of the same nature as the work performed for the hiring entity.” (Slip Op. at 7). The Court repeatedly emphasized that the it is an alleged employer’s burden to prove independent contractor status, and that doing so requires meeting all three prongs of the ABC test. (Slip Op. at 64, 66-68).

The Court recommended that, if deciding B or C is easier than A (as will usually be the case), then a court should begin by deciding B or C – since all three prongs must be met. (Slip Op. at 76). In other words, if a delivery driver without an independent delivery business is being classified as an independent contractor by a delivery company – a court likely need go no further, because the company will have failed prongs B and C.

More analysis of Dynamex to come...

If you believe you are misclassified as an independent contractor and should be paid as an employee, contact Bryan Schwartz Law.