Stephen Reinhardt, known as the “liberal lion” of the Ninth Circuit Court of Appeals since his appointment by President Jimmy Carter in 1980, died last month, after authoring one last decision for the ages. 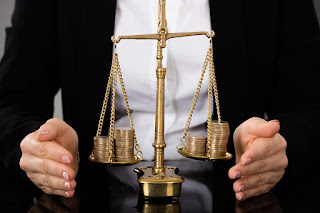 Despite decades of education, litigation, and mobilization to make the promise of equal work for equal pay a reality, the gender wage gap continues to disadvantage millions of women in our country, who earn only 79% of what men earn.[1] Women lose $33 billion per year due to the wage gap.[2] Judge Reinhardt’s words in Rizo will  now be the fulcrum of the national discussion over this stubborn, glaring problem.

In Rizo, the facts are undisputed: a county school district paid a female math consultant less than comparable male workers for the same work. Slip Op. at 6. All things being equal, the county’s decision would be a textbook violation of the federal Equal Pay Act. But, the county attempted to justify its decision by reference to a statutory catch-all exception to the federal Equal Pay Act, which allows for wage differences between male and female employees based on a “factor other than sex.” In particular, the county argued that the female employee’s prior salary history was a factor not rooted in sex, and thus could justify paying the female employee less than comparable male employees for the same work. Id. at 7. The initial three-judge Ninth Circuit panel agreed, citing its past decision in Kouba v. Allstate Ins. Co., 691 F.3d 873, 878 (9th Cir. 1982), in which the court declined to create a strict prohibition against the use of prior salary.

Undeterred, the advocates for pay equality petitioned for the Ninth Circuit to re-hear the case en banc,[3] which the court granted. After a second hearing, the en banc Ninth Circuit court rejected the county’s argument because an employer’s decision to rely on an applicant’s prior salary history to set that applicant’s present salary inevitably imports and thereby perpetuates unlawful disparities in pay from the applicant’s prior position. Id. at 28 (“Prior salary is not job related and it perpetuates the very gender-based assumptions about the value of work that the Equal Pay Act was designed to end. This is true whether prior salary is the sole factor or one of several factors considered in establishing employees’ wages.”).[4] This runs counter to the purpose of the Equal Pay Act, which was enacted to “to put an end to the ‘serious and endemic problem of employment discrimination in private industry’ and to carry out a broad mandate of equal pay for equal work regardless of sex.” Id. at 10 (quoting Corning Glass Works v. Brennan, 417 U.S. 188, 195 (1974)).[5]

Notably, in holding that employers “may not use sex directly or indirectly as a basis for establishing employees’ wages,” including using employees’ salary histories to set wages, the Ninth Circuit overruled its prior decision in Kouba. Id. at 23. This outcome not only paves the way for more effective enforcement of the Equal Pay Act’s mandate – equal pay for equal work, not equal salary histories – but also serves as a reminder that equity can sometimes only be achieved through fearless, persistent advocacy, and jurists like Stephen Reinhardt, who demonstrate the courage to pursue justice.

Bryan Schwartz Law congratulates Jennifer Reisch and Jessica Stender at Equal Rights Advocates, our co-counsel in a prior sex discrimination case, and Mariko Yoshihara of the California Employment Lawyers Association, along with the many other advocates for wage equality who brought about this momentous victory!

[1] See https://www.equalrights.org/fairpay/
[2] Id.
[3] Most cases reviewed by a federal appellate circuit court are heard by fewer than the full number of judges sitting on a particular circuit court, usually a three-judge panel. However, parties may request that all judges sitting on a given federal circuit court, like the Ninth Circuit, re-hear their case because one or more parties believes the three-judge panel ruled incorrectly.
[4] The en banc court emphasized that the “factor other than sex” exception must be “limited to job-related factors,” not business reasons such as whether an employer could get away with paying a female worker less than male workers because the female worker was paid less at her previous job. Id. at 25 (“[U]sing the word “business” risks conflating a legitimate factor other than sex with any cost-saving mechanism. The Supreme Court and Congress have repeatedly rejected such an interpretation of the fourth exception.”).
[5] The en banc court also supported its decision with the plain text of the statute, and the legislative history of the Equal Pay Act, including specific debates relating to the catch-all exception at issue in Rizo.