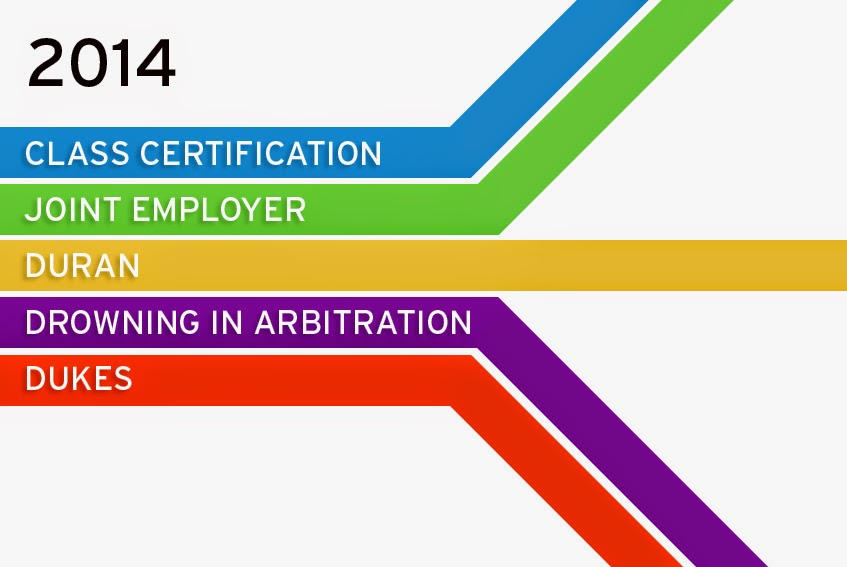 Using a stock market analogy, Mr. Schwartz identified that class certification and joint employer claims are trending up, discussing extensive California and federal court precedents. He argued that the application of Wal-Mart v. Dukes to the detriment of wage/hour class actions is down, and that "drowning in arbitration" is down. Mr. Schwartz predicted that Duran v. US Bank would be the blockbuster, game-changing decision of the year. Finally, continuing the stock market theme, he identified sleeper picks, including seating cases and piece-rate cases, along with cases alleging misclassification in different industries - e.g., NFL cheerleaders.
Posted by Bryan Schwartz Law No comments: 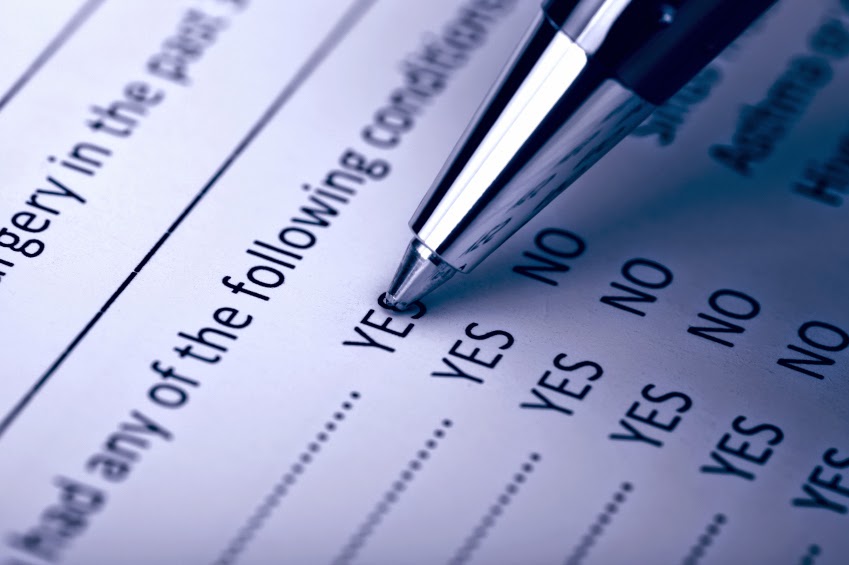 His paper for the conference entitled “Pre-Employment Medical Screening: a Class Action Opportunity,” available by clicking here, discusses how pre-employment medical screening violations readily lend themselves to class action claims by job applicants under Fed.R.Civ.P. 23(b)(2), 23(b)(3), and 23(c)(4).

If your rights have been violated by improper pre-employment medical screening, contact Bryan Schwartz Law today.

Furthermore, the Supreme Court in Iskanian will determine under what circumstances a defendant has waived its right to compel arbitration, after it has taken advantage of judicial process.

Insiders report that plaintiffs' counsel and Michael Rubin, of Altshuler Berzon, who argued on behalf of amici (including the California Employment Lawyers Association, CELA) for the workers, impressed upon the Court the need to maintain the integrity of PAGA as a vital California enforcement scheme which does not discriminate in any way against arbitration, but promotes enforcement through representative actions of numerous Labor Code penalty provisions. Justice Liu grappled with, and appeared to grasp, the significance of the National Labor Relations Board's decision in In Re D. R. Horton, Inc. (2012) 357 NLRB No. 184, which held that the National Labor Relations Act (Section 8(a)(1)) does not permit employers to outlaw joint, class, or collective employment-related claims in any forum, arbitral or judicial, because such interferes with employees' Section 7 right to engage in “concerted activities for the purpose of collective bargaining or other mutual aid or protection.” Plaintiffs' counsel further argued that the California Supreme Court got it right in Sonic Calabasas v. Moreno (2013) 57 Cal.4th 1109 (Sonic II) after Concepcion (read about Sonic II here), and should not backtrack from its strong position upholding California's unconscionability doctrine in the context of wage claims.

In Ayala, the Supreme Court heard the most important independent contractor misclassification case since S.G. Borello & Sons, Inc. v. Department of Industrial Relations (1989) 48 Cal.3d 341, and appeared to focus on how Martinez v. Combs (2010) 49 Cal.4th 35, may have reshaped Borello, with its new definition of "employer" under the Labor Code. For more on Martinez v. Combs, read here and here.

Borello determines when an entity's control over a worker is sufficient to render an independent contractor an employee, and Martinez v. Combs defines an employer as (among other possibilities) one who controls the wages, hours and working conditions of the workers. Though discussing the interrelationship between these seminal cases may lead to additional guidance on the critical question of joint employer status in California, insiders note that such is not the question regarding which the Supreme Court originally granted review, namely:

"This case presents questions concerning the determination of whether common issues predominate in a proposed class action relating to claims that turn on whether members of the putative class are independent contractors or employees."

Regardless of the outcome of the "employer" definition, as argued by counsel for amici (including CELA and the Legal Aid Society - Employment Law Center), Aaron Kaufmann, of Leonard Carder, the determination of this definition and whether the workers meet the test predominates over all other questions in an independent contractor misclassification case, and as such, the Ayala trial court's decision denying class certification should be reversed. See Brinker Rest. Corp. v. Superior Court (2012) 53 Cal. 4th 1004, 1021 ("The 'ultimate question' the element of predominance presents is whether 'the issues which may be jointly tried, when compared with those requiring separate adjudication, are so numerous or substantial that the maintenance of a class action would be advantageous to the judicial process and to the litigants.' [Citations.]....The answer hinges on 'whether the theory of recovery advanced by the proponents of certification is, as an analytical matter, likely to prove amenable to class treatment.'”) (citing Sav–On Drug Stores, Inc. v. Superior Court (2004) 34 Cal.4th 319, 326-327).

If the Supreme Court in Ayala actually answers the question accepted for review - regarding the class certification standard - it should be a boost for workers with independent contractor misclassification claims. Such a decision would reinforce Bradley v. Networkers Int’l, LLC (2012) 211 Cal.App.4th 1129, regarding which review was denied only last March, in which the Court of Appeal (on remand after Brinker) certified a class alleging misclassification of independent contractors. Read about Bradley by clicking here.

A win for the plaintiffs in Ayala, reinforcing Bradley, would also weaken Sotelo v. MediaNews Grp., Inc. (2012) 207 Cal. App. 4th 639, 659 (regarding which review was denied in 2012), a factually similar case to Ayala in some respects, but where predominance was missing because different contractor relationships existed between the company and individual class members.

While smart insiders are too cautious to predict the outcome of Iskanian and Ayala, today's cases present a major opportunity to reinforce California's best-in-the-nation worker protections. I hope the Court takes it.