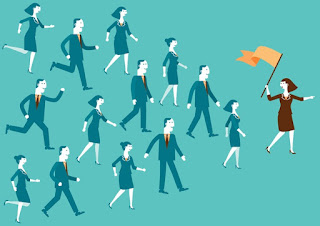 When a worker has the courage to step forward to assert his or her statutory rights - like the right to be paid the minimum wage and overtime under the federal Fair Labor Standards Act (FLSA) - he or she must be free from intimidation by corporate defendants. Courts must retain the prerogative to intervene on behalf of  individuals and class and collective action members, to prevent wrongdoing companies from engaging in misleading and coercive communications with witnesses and potential claimants, designed to suppress participation in actions asserting important, protected rights.

In Acosta v. Austin Electrical Services, LLC, 322 F.Supp.3d 951 (D.Ariz. 2018), the District Court issued a preliminary injunction (among other things) striking declarations a company gathered in trying to beat back a FLSA lawsuit, because the declarations it gathered from its workers were based upon misleading communications. As in other similar cases against other companies, when it pressured employees into signing declarations to use in its defense, Austin Electrical did not tell the workers the details of the lawsuit, who was representing the workers, what they might stand to gain in the suit (recovering unpaid wages), or other important details. The company appealed to the Ninth Circuit Court of Appeal.

In the amicus brief supporting the U.S. Department of Labor, Bryan Schwartz Law, along with Nichols Kaster and Apollo Law, on behalf of the Impact Fund and a dozen other leading non-profits, detailed the many cases in which courts have properly exercised their authority to curtail defendants' improper conduct in lawsuits. For example, employers overreach when confronted by FLSA claims if they begin contacting alleged collective action members without providing them full and complete information about their rights, the lawsuit, and the employer's potentially adverse interests. In addition to describing the strong, historic protections for those asserting FLSA claims, and examples of employer practices that courts intervene to stop, the amicus brief details best practices to guide courts in ensuring robust protections for those bravely asserting wage claims.

If you are seeking to assert wage claims and are facing an employer who seeks to retaliate or keep you and others from protecting your rights, contact Bryan@BryanSchwartzLaw.com.
Posted by Bryan Schwartz Law No comments:

Yesterday, Governor Jerry Brown signed into law numerous amendments to the sexual harassment provisions of the California Fair Employment and Housing Act (“FEHA”). The bills were part of a wave of sexual-harassment-related legislation resulting from the groundswell of public support for the #Metoo movement. While the Governor vetoed many of the sexual-harassment-related bills that made it to his desk, the signed bills provide important new protections for employees in California. This blog post discusses some of these bills.

Governor Brown signed SB 1300, a bill which clarifies and strengthens the rights of employees who seek to shed light on workplace harassment and other discrimination.

A.   A single instance of sexually harassing conduct may trigger a triable sexual harassment claim.

Perhaps most importantly, SB 1300 clarifies the “severe or pervasive” legal standard for proving sexual harassment claims (sexual, or otherwise, under the FEHA). Under the FEHA (and the federal Civil Rights Act of 1964, Title VII), sexual harassment is actionable if the sexual conduct is so “severe or pervasive” as to create a hostile work environment. “Severe or pervasive” harassment alone triggers the action, unlike other discrimination and retaliation claims, which may become actionable only if the employee experiences a tangible loss or denial of job benefits. See 2 Cal. Code. Regs. § 11034, subd. (f); Meritor Sav. Bank, FSB v. Vinson, 477 U.S. 57, 67-68 (1986); Lyle v. Warner Bros. Television Prods., 38 Cal.4th 264, 279, 284 (2006).

SB 1300 clarifies that under FEHA’s “severe or pervasive” standard, “a single incident of harassing conduct is sufficient to create a triable issue regarding the existence of a hostile work environment if the harassing conduct has unreasonably interfered with the plaintiff’s work performance or created an intimidating, hostile, or offensive working environment.” Id. The legislature rejected the “stray remarks doctrine,” affirming the decision in Reid v. Google, Inc., 50 Cal.4th 512 (2010) – in other words, a single harassing remark should not be dismissed as being merely a “stray remark,” for the purpose of assessing an employer’s liability. It is also no defense for an employer that a particular occupation may have had more frequent sexual commentary or conduct in the past (disapproving Kelley v. Conco Companies, 196 Cal.App.4th 191 (2011)). Indeed, the Legislature went so far as to declare expressly that: “Harassment cases are rarely appropriate for disposition on summary judgment.” Id., subd. (e) (citing and adopting Nazir v. United Airlines, Inc., 178 Cal.App.4th 243 (2009).

SB 1300 makes it more likely that victims of sexual harassment will get their day in court. What action may constitute “severe” or “pervasive” harassment has often been highly contested in sexual harassment cases, and unfortunately, in the past, some courts have ruled that workplace behavior that most women would find abusive was neither “severe or pervasive.” For example, in Brooks v. City of San Mateo, 229 F.3d 917 (9th Cir. 2000) the Ninth Circuit Court of Appeals held that a single incident in which a fellow employee touched a plaintiff's breast under her sweater, while very offensive, did not rise to the level of “severe or pervasive” harassment for which Title VII and FEHA offer a remedy. On this basis, the appellate court upheld the district court’s grant of summary judgment for the employer, which meant that the plaintiff’s claims could not proceed to trial. Notably, last year, Alex Kozinski, who penned Brooks, stepped down from his seat on the Ninth Circuit rather than face an investigation into complaints of harassment by numerous women, including his former employees. SB 1300 expressly overturns Brooks’s nauseating “single grope” rule for claims brought under FEHA. Gov’t Code § 12923, subd. (b).

B.     Employers have a duty to prevent third party harassment of all stripes.

SB 1300 creates liability for employers who fail to prevent unlawful harassment of employees by non-employees where the employer knew or should have known of the discrimination and failed to take appropriate remedial action. This provision now extends not only to sexual harassment, but all forms of harassment based on a protected status. Gov’t Code § 12940.

FEHA authorizes a court in certain circumstances and in its discretion to award the prevailing party in a civil action reasonable attorney’s fees and costs, including expert witness fees. California Code of Civil Procedure section 998 permits defendants to recover defense costs if a jury awards a smaller award to the plaintiff than the defendant previously offered in settlement. A defendant’s section 998 offer in a FEHA case used to have the effect of exerting pressure on a plaintiff to accept a settlement rather than face the prospect of covering defendant’s costs, even if the plaintiff prevailed at trial.

SB 1300 provides that a defendant may only receive fees and costs, regardless of any settlement offer, if a case is “frivolous, unreasonable, or groundless when brought, or the plaintiff continued to litigate after it clearly became so.” Gov’t Code § 12965, subd. (b). The new law allows plaintiffs with worthy claims to seek their day in court without worrying about being on the hook for defendants’ fees and costs.

SB 1300 prohibits employers from requiring employees to sign non-disparagement agreements as well as release of claims agreements as a condition of employment, continued employment, a raise, or bonus. Gov’t Code § 12964.5. These provisions will prevent employers from coercing or tricking employees into signing agreements that effectively silence them discussing workplace harassment or that strip them of their right to bring a claim under FEHA.

It has become a common practice for employers to condition settlement of sexual harassment disputes on a complaining employee’s silence. Going forward, such provisions are expressly void and unenforceable for claims that have been filed in an administrative action or in court. SB 820 prohibits employers from conditioning settlement of certain claims of sexual assault, sexual harassment, or harassment or discrimination on the employee’s silence. The bill does allow for a provision that shields the identity of the claimant and all facts that could lead to the discovery of his or her identity, including pleadings filed in court to be included within a settlement agreement upon the request of the claimant. However, this provision does not apply if a government agency or public official is a party to the settlement agreement. This bill extends to disputes beyond the employment context, and takes effect on January 1, 2019.

AB 3109 makes void and unenforceable any contract or settlement provision that waives a party’s right to testify in an administrative, legislative, or judicial proceeding concerning alleged criminal conduct or alleged sexual harassment, when the party has been required or requested to attend the proceeding. Civil Code § 1670.11. Like SB 1300 and SB 820, AB 3109 frees employees who have experienced sexual harassment and others to share their experiences with the public. This law takes effect on January 1, 2019.

In the words of Martin Luther King, Jr. “Darkness cannot drive out darkness; only light can do that.” California’s new laws will ensure that more victims of workplace harassment and others have their day in court and can more freely shed light on problems that persist in California workplaces.

If you have been a victim of sexual harassment or unwanted sexual advances in the workplace, please contact Bryan Schwartz Law today.