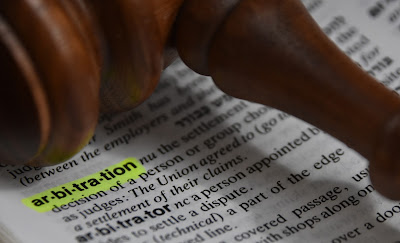 BSL attorneys and co-counsel from Rudy, Exelrod Zief & Lowe and the Law Office of Leon Greenberg were successful in fending off Defendant’s appeal of the District Court’s order denying Defendants' Motion to Compel Arbitration in Paige Martin v. Gary Yasuda, et al.
The case is a class action wage and hour claim against Milan Institute, a for profit cosmetology school. Plaintiffs are individuals who enrolled in the cosmetology program at Milan Institute. Plaintiffs have filed actions under the FLSA and California’s wage and hour laws, alleging that they are entitled to compensation for tasks they performed in Milan’s salon for paying clients that weren’t related to their education—like cleaning, washing laundry, selling retail products, scheduling clients, and promoting Milan’s services.  Each student signed an enrollment agreement when they began at Milan Institute, which included an arbitration agreement.
Defendant’s filed an appeal after the district court denied Defendants' motion to compel arbitration by finding that Defendants' waived their right to arbitrate—arguing that the District court erred in denying their motion because (1) the issue of waiver should have been decided by an arbitrator and (2) the District court erred in finding waiver.
The Ninth Circuit affirmed the decision of the district court. On the first issue, the court explained that there are two categories of issues on motions to compel arbitration that govern whether a court or arbitrator should decide. The first category of issues is a “question of arbitrability.” This category includes issues that the parties would have expected a court to decide such as whether the parties are bound by an arbitration clause or whether an arbitration clause in a contract applies to a particular type of controversy.  The court explained that these type of disputes are for judicial determination unless the parties “clearly and unmistakably provide otherwise.” The second category—procedural issues—is presumptively not for the judge, but for an arbitrator, to decide—like whether the arbitral forum’s statute of limitations has run for a particular claim.

The court held that waiver by litigation conduct is part of the first category of issues because whether a party has waived its right to arbitrate on the basis of its litigation conduct is always a “question of arbitrability.” Thus, the court found it was proper for the District Court to decide whether Defendants had waived their right to arbitration.

For the second issue on appeal, the court also affirmed the District Court’s finding of waiver by Defendants by applying the three factor waiver test. A party seeking to prove waiver of a right to arbitration must demonstrate: (1) knowledge of an existing right to arbitrate, (2) acts inconsistent with that existing right, and (3) prejudice to the party opposing arbitration resulting from such inconsistent acts.  The court did not conduct analysis under the first prong because Defendants conceded that they had knowledge of their right to arbitrate.

For the second prong, the court found that Defendants' engagement in seventeen months of litigation before filing a motion to compel arbitration satisfied this element because Defendants took advantage of being in federal court.

Finally, the court also found that Plaintiffs satisfied the third element because if Defendants' motion to compel arbitration was granted, Plaintiffs would be forced to re-litigate an issue on the merits as to which they already prevailed. At the District Court level, Defendants filed a Motion to Dismiss that reached the merits of the case—focusing on a key issue: whether Plaintiffs were students and not employees of Milan as a matter of law. Plaintiffs defeated Defendants' Motion to Dismiss, and the District Court held that CA’s Cosmetology Act did not preclude Plaintiffs' arguments that they were employees under state wage laws as a matter of law. Accordingly, the Ninth Circuit affirmed the District Court’s decision that Defendants waived their right to arbitration. 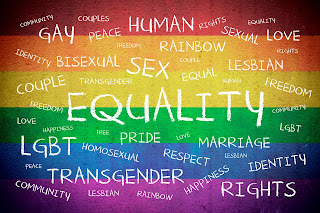 Effective this month, transgender Americans may now serve openly in the U.S. military and can no longer be discharged or otherwise separated from the military just for being transgender.

This decision to allow transgender Americans is one of many recent changes  that has resulted in a transformation of the military.  The Department of Defense also recently opened all combat roles to women and appointed the first openly gay Army secretary.

Defense Secretary Carter said that the military's top leaders, including Gen. Joseph F. Dunford Jr., the chairman of the Joint Chiefs of Staff, were on board with ending the prohibition on transgender service.  Carter also said the Pentagon would cover the medical costs of those in uniform who are seeking to undergo gender transition, though it would expect new recruits who are transgender to spend at least 18 months in their transitioned gender identity before joining the military.


While the decision was heralded by LGBT groups and progressives, there remains stiff opposition to the change in policy from Congressional Republicans. Senator Jim Inhofe of Oklahoma, a Republican member of the Senate Armed Services Committee, called for the new policy to not be carried out until Congress could convene hearings. And Representative Mac Thornberry of Texas, the chairman of the House Armed Services Committee, released a statement saying he would examine “legislative options to address the readiness issues associated with this new policy.”

Secretary Carter said that while practicality played a role in the decision, it was also a "matter of principle."

“Americans who want to serve and can meet our standards should be afforded the opportunity to compete to do so,” Carter said. “After all, our all-volunteer force is built upon having the most qualified Americans. And the profession of arms is based on honor and trust.”
Posted by Logan Talbot No comments: 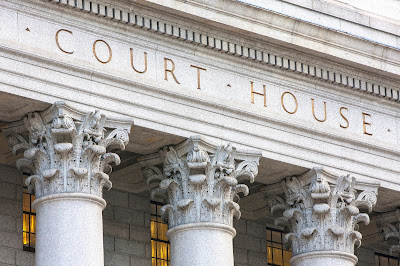 Under the Class Action Fairness Act  of  2005,  28  U.S.C.  § 1332(d)(2), Defendants removed the case to federal court, and Vaquero moved to be named a class representative.   He asked to represent four subclasses, three of which were derivative of the  first:    (1)  a  class  of  all  California  sales  associates employed from August 24, 2008, to the present who were paid less than minimum wage for non-sales time worked; (2) sales associates who were not provided with itemized wage statements; (3) former sales associates who were not paid all wages due at separation; and (4) sales associates who were  subject  to  unlawful  business  practices.
The district court granted class certification for all of the classes except for the third subclass.

Defendant Ashley Furniture moved to appeal the district court’s decision to certify the remaining subclasses pursuant to Federal Rule of Civil Procedure 23(f). The sole issue before the court is whether the district court properly granted class certification.
Defendants argued that Vaquero failed to meet the requirements of Rule23(a), alleging that Plaintiffs failed to establish commonality and predominance of class claims among the class.  Defendants also asserted that class certification altered the parties’ substantive rights in violation of the Rules Enabling Act, 28 U.S.C. § 2072(b).
Defendants relied on Wal-Mart Stores, Inc. v. Dukes, arguing that commonality did not exist among the class.  However, the court disagreed, distinguishing Dukes from the present case.  Dukes involved a class action against Walmart for sex discrimination, alleging that the corporate culture and the retailer’s delegation of promotion decision to individual managers denied a class of female employees equal pay and promotional opportunities in violation of Title VII.  The Supreme Court held that subjective decision by many managers in different locations could not be considered a common injury across a class of more than one million plaintiffs.
Unlike in Dukes, the Ninth Circuit found that the class in Vaquero had commonality because the class all had the common contention that Defendant’s compensation structure violated California’s minimum wage laws for all such employees, a relatively small number of class members who all generally performed the same work.
Defendants also argued that Vaquero’s class failed to establish predominance, asserting that predominance cannot be reached when damage calculations cannot be performed on a class-wide basis. Defendant’s based their argument on Comcast Corp. v. Behrend, an antitrust case where the Supreme Court reviewed certification of a class of consumers that offered a complex damages model to show how customers were subject to anti-competitive pricing.
The Ninth Circuit has interpreted Comcast to mean that plaintiffs must be able to show that damages resulted from the Defendant’s conduct in order to establish predominance.  The Ninth Circuit found that Vaquero easily established predominance because the class alleges that Defendant’s consciously chosen compensation policy deprived the class of earnings in violation of California minimum wage laws.  The court also held that the Vaquero class’s inability to prove individual damages cannot alone defeat class certification and held that the permissibility of using representative or statistical models to establish damages turns not on the form a proceeding takes—be it a class or individual action—but on the degree to which the evidence is reliable in proving or disapproving the elements of the cause of action.
Defendants also argued—relying heavily again on Dukes—that allowing the class to use representative evidence to prove damages would inevitably change the substantive rights of the parties by preventing Defendants from individually cross-examining and challenging each class member’s claim.  In Dukes, the Supreme Court rejected plaintiffs’ trial plan to determine damages through statistical sampling because Wal-Mart would lose the right to litigate its statutory defenses to individual claims.
However, the Ninth Circuit found Ashley Furniture’s reliance on Dukes misplaced.  The court found that Defendants’ concerns about damages were hypothetical at this stage of the litigation and that the district court’s grant of class certification did not expand Vaquero’s substantive rights or those of the class. The court explained that Defendants could challenge the viability of Vaquero’s evidence at a later stage of the proceedings and that it was immature to decide at the stage of class certification.
Posted by Logan Talbot No comments: