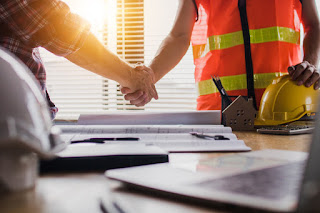 In most circumstances, opposing parties can resolve a legal dispute among themselves out of court until a court case is over. Class cases are different. To settle a class case, the parties have to ask the court hearing the case for approval.

To protect absent class members’ rights, the hearing court has a special duty to ensure that sufficient notice is provided to class members. The court must also take care that the settlement itself is fair. While courts usually balance and adjudicate competing interests in an adversarial context, the settling parties are in agreement in the context of a class action settlement. Especially concerning is the prospect that the parties could bargain away absent class members’ rights in order to secure a quick resolution that may not be in the class’s best interest.

The parties settled and sought court approval. The trial court preliminarily approved the settlement, providing for notice of the settlement agreement to be sent to the class members’ last known mailing addresses, posted at the nightclubs’ dressing rooms, and posted online on a website created for this purpose. Initially, 1,546 notices were returned as undeliverable; after the settlement administrator performed address traces and resent notices, 560 notices remained undeliverable. Many class members lodged objections on several bases, but the court approved the settlement. The objectors appealed.

On appeal, the 9th Circuit agreed with almost all of the objectors’ complaints about the settlement agreement and the notice process.

Second, the objectors argued that the process of distributing the notice was insufficient. In particular, the objectors argued that the failure to provide any electronic notice (besides the website) was not the best practicable notice under the circumstances. The 9th Circuit agreed, noting that as many as 12% of the class received no notice by mail. In addition, the posters hung in the dressing rooms could only be viewed by current employees, whereas the class included former employees as well. Importantly, electronic notice may have been warranted if “reasonably calculated to appraise all class members of the settlement,” including email or even social media or “relevant online messaging boards.”

Before the court examined the fairness of the agreement, the court first clarified the standard for courts to assess class action settlements. A court reviewing a class action settlement before the class has been certified requires a higher standard of fairness and a more probing inquiry. Reviewing courts should be on the lookout for subtle signs of collusion between the parties. The trial court in this case had begun its analysis with a presumption of fairness where a settlement was the product of arms-length negotiations between experienced attorneys. This standard was incorrect. The 9th Circuit also stated that it would not accept the mere presence of a neutral mediator as conclusive proof that the settlement was fair.

Next, the court examined several aspects of the settlement agreement that indicated possible unfairness. One of these was a clear sailing agreement with regards to attorneys’ fees. Under the provision, SFBSC Management agreed not to contest class counsel’s request for up to $1,000,000 in attorneys’ fees. The 9th Circuit observed that such agreements could be indicia that the agreement was reached at the expense of the class’s interests, especially in light of the high amount of attorneys’ fees requested.

The free sailing provision in this case called for attorneys’ fees greater than the net $864,115 to be distributed to the class. The parties arrived at the high amount of attorneys’ fees as a percentage of the total benefit of the settled claims, including the estimated value of two other areas of relief provided in the settlement agreement: (1) a Dance Fee Payment Pool, and (2) injunctive relief. Objectors challenged the sufficiency of the valuations for each, which had been set at $1,000,000 each.

Under the settlement agreement, class members could elect to receive payment from the Dance Fee Payment Pool of up to $1,000,000 in lieu of a lump sum cash settlement share. This money would come from the charges that the nightclubs would ordinarily retain from customer payments per dance. Dancers who selected this option could receive up to $8,000, but dancers had a limited amount of time in which to accrue payments from the Dance Fee Payment Pool.

The court likened the Dance Fee Payment Pool to coupons, with reduced value to the class. This option had an expiration date, was not transferable, and required class members who no longer worked with SFBSC Management to do business with it again in order to claim the value. The 9th Circuit held that a court approving a class action settlement could not rely on such valuations except in the rare instance when non-monetary relief could be valuated exactly. Here, the parties did not put forth any evidence to support their valuation of the coupons.

Similarly, the 9th Circuit was troubled by the $1,000,000 valuation of the injunctive relief. The settlement agreement provided that SFBSC Management would allow dancers to elect whether to work as employees or independent contractors, each with its own form of compensation and employment structure. The court faulted the trial court for failing to make any findings specifically justifying the valuation of this benefit at $1,000,000.

The court was also wary of the enhancement awards called for in the settlement agreement for the named plaintiffs, to be taken from the general settlement fund. While the court was not concerned by the $5,000 enhancement payments in recognition of the plaintiffs’ efforts to represent the class and prosecute the case, the court found suspect the $20,000 enhancement payment for the general release the plaintiffs signed. The court saw no service to the class compensated by this enhancement. As such, the court viewed the enhancement as evidence of a potential side deal between the named plaintiffs and the employer, at the class’s expense, giving rise to a potential conflict of interest.

The court also looked at the settlement agreement’s reversionary effect. If class members did not cash their checks, those amounts would have reverted to SFBSC Management, rather than being redistributed to the class or a charitable organization that furthers the beneficial goals of the litigation. The 9th Circuit observed that reversionary agreements can indicate unfairness to the class, especially when coupons are involved. Combined, these factors drove the 9th circuit to reverse the trial court’s approval of the settlement agreement and remand for further proceedings.

If you have a dispute with your employer, contact Bryan Schwartz Law today.