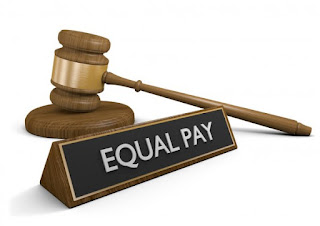 The Freyd opinion and order denying en banc review came as welcome news for the plaintiff and supporters of gender pay equity, dozens of whom joined amicus briefs filed in support of her appeal back in 2019. It came on the heels of Equal Pay Day, a symbolic date that marks how far into this year women employed full-time had to work to earn what men were paid, on average, in 2020. The persistent gender wage gap costs women and families nearly $1 trillion dollars per year and hits particularly hard in a year that saw women being pushed out of the workforce in record numbers, losing more than half of the jobs shed by the U.S. economy during the COVID pandemic.

In 2021, women are still paid less that men in almost all occupations and pay gaps still grow as education levels increase, with the largest disparities among workers with advanced degrees — like Professor Freyd.

Freyd, a tenured professor of psychology and renowned trauma studies scholar, first discovered she was being paid significantly less than several of her male colleagues back in 2014. Men who held the same positions, in the same department, but had less seniority and were no more accomplished than she, were making tens of thousands of dollars more. And while Freyd’s pay disparity was particularly glaring, it was not unique: her own regression analysis and other studies conducted by the university and independent analysts found a “significant equity problem with respect to salaries at the full professor level” in her department. This disparity was driven primarily by the practice of giving “retention raises” to certain (disproportionately male) professors as an incentive to remain at the university, without making corresponding equity adjustments to the salaries of other (disproportionately female) faculty members, like Freyd, who did not seek outside offers to leverage higher pay.

After attempting to resolve the issue internally over three years to no avail, Freyd filed suit in the U.S. District Court for the District of Oregon, asserting claims under the federal Equal Pay Act (EPA), Title VII of the Civil Rights Act, the U.S. and Oregon constitutions, and related state laws. The district court threw out all of her claims on summary judgment. In dismissing her EPA claim, Judge Michael McShane held that Freyd did not do “equal work” to her male comparators, even though they held the same position and rank, had the same core job functions and responsibilities, and were evaluated based on the same criteria. The university argued — and the district court agreed — that Freyd could not show she did “equal work” to the comparators because they conducted different types of research, ran different labs, obtained research grants from different sources, and sat on different university committees.

In its March 2021 decision, the 9th Circuit reversed, rejecting the view that granular distinctions in the way individuals carry out particular segments of their job make it impossible to establish that they did substantially equal work (or “work of a comparable character,” under Oregon’s equal pay statute) as a matter of law, especially if they hold positions that share a “common core of tasks.” The court affirmed that under the EPA, the concept of “equal work” does not mean each aspect of the work must be “identical.”  The majority opinion (written by Judge Jay Bybee) underlined the importance of comparing the overall content of jobs, “not the individuals who hold the jobs” in determining whether a plaintiff could establish a prima facie case under the law.  Embracing arguments advanced by amici Equal Rights Advocates and other women’s and civil rights organizations, the majority noted that, “the granularity with which the dissent picks through the facts would gut the Equal Pay Act for all but the most perfunctory of tasks.” This would render the EPA a dead letter for huge swaths of the workforce, not just academics, ignoring the law’s “broadly remedial” purpose and frustrating its intent.

The decision reinforced the importance of closely scrutinizing market-based defenses to discriminatory pay practices precisely because they are so likely to perpetuate the very gender wage disparities that our equal pay laws are designed to address.

In reversing summary judgment on Freyd’s disparate impact claim under Title VII, the 9th Circuit recognized that she was not challenging the practice of giving retention raises, per se, but rather “the specific employment practice of awarding retention raises to some professors without increasing the salaries of other professors of comparable merit and seniority.” This important distinction was lost on the dissent (penned by Trump appointee Judge Lawrence VanDyke), which lamented that limiting the unequal application of retention raises will hinder universities’ ability to compete and cause “brain drain” — a position echoed by the university in its statement following the decision. The problem with this position—aside from its gender- and racially biased undertones about whose “brains” are worth retaining—is its implication that only through engaging in discriminatory employment practices can the university (and other employers) attract and retain the “best and brightest” and succeed financially.

Fortunately, the majority recognized that disputed issues of fact remain about whether the university’s retention raise policy actually represents a “business necessity,” and if so, whether Freyd’s proposed alternative practice — of “evaluating the resulting salary disparity with others in the same rank with comparable merit and seniority, and giv[ing] affected individuals a raise” — would be equally effective in accomplishing the goal of retaining talented faculty, without having a discriminatory impact on women. This aspect of the decision serves as a reminder that there is nothing inevitable or natural about compensation structures and practices; they are devised by human beings -- and can be changed by human beings.

Finally, the court reversed the district court’s finding that the small size of the psychology department precluded Freyd from using statistical evidence to support her pay discrimination claim. This important aspect of the ruling affirms that courts must not deprive employees of Title VII protections simply because they work in a small employee pool.

All workers deserve to be paid fairly and valued fully. But closing the gender wage gap and ensuring fair and equal pay for all won’t happen by accident. Achieving these goals will require bold, persistent efforts by workers, like the brave employees who achieved remarkable settlements to advance equity and racial justice at Kaiser Permanente last week; by creative advocates, like those tenaciously fighting for equal pay at Oracle; and by employers who heed the call to act, in the words of Dr. Freyd, with institutional courage by taking proactive steps to make workplaces more diverse, equitable, and inclusive.

Jennifer Reisch is Of Counsel to Bryan Schwartz Law and the former Legal Director of Equal Rights Advocates, who co-authored its amicus brief in the Freyd case.

Posted by Jennifer Reisch, Of Counsel No comments: