In an era of increasing uncertainty and danger for immigrants, two recent Ninth Circuit decisions demonstrate a commitment to protecting all workers’ rights.

In April, the Ninth Circuit held that conditioning an employee’s reinstatement on his or her immigration status violates California public policy. In Santillan v. USA Waste of California, Inc., 853 F.3d 1035 (9th Cir. 2017), Gilberto Santillan was a residential garbage truck driver for 32 years. In 2011, Santillan filed a formal grievance through his union asserting that he was wrongfully terminated. In a settlement, USA Waste agreed to reinstate Mr. Santillan, provided that he provide proper work authorization pursuant to the 1986 Immigration Reform and Control Act (IRCA). Santillan could not provide an expiration date for his work authorization, and six days later USA Waste again terminated Santillan, citing his failure to comply with IRCA.

Santillan subsequently filed a complaint alleging wrongful termination in violation of public policy. The Ninth Circuit reversed summary judgment for USA Waste, holding that the employer failed even to provide a legitimate non-discriminatory reason for termination. The court first reasoned that Mr. Santillan was exempt from IRCA’s requirements, because it only requires authorization for new employees hired after 1986. Mr. Santillan was hired in 1979 and was reinstated, not newly hired. The court then held that the 2011 settlement agreement violated California public policy, reasoning that an employer cannot condition reinstatement on immigration status.

Last month, the Ninth Circuit held that an employer’s attorney can be liable for retaliation where they report an employee to Immigration and Customs Enforcement (ICE). In Arias v. Raimondo, No. 15-16120, 2017 WL 2676771, (9th Cir., June 22, 2017) José Arnulfo Arias filed claims against his employer, Angelo Dairy, for violations of the Fair Labor Standards Act (FLSA) in 2006. The state court trial was set for August 2011. In June 2011, Defendant’s attorney, Anthony Raimondo notified ICE that Arias may be undocumented, to get him deported. Raimondo had reported employees to ICE in at least five other cases. Arias then filed a FLSA retaliation complaint against both Angelo Dairy, which settled prior to the Ninth Circuit decision, and Raimondo. The Ninth Circuit held that Raimondo could be held liable under FLSA for retaliation, reasoning that retaliation provision broadly refers to any person and expressly extends to legal representatives. It further reasoned that the purpose of anti-retaliation provisions is to ensure that workers can exercise their rights without interference. 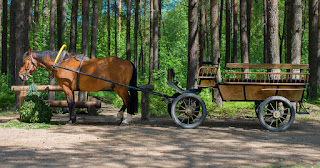 Today, the California Supreme Court issued an important decision, holding that workers prosecuting wage violations under California’s Private Attorneys General Act of 2004 (“PAGA”) are entitled to receive witnesses’/class members’ contact information without having to prove their entire case first. As explained in Williams v. Superior Court (Marshalls of CA), “California law has long made clear that to require a party to supply proof of any claims or defenses as a condition of discovery in support of those claims or defenses is to place the cart before the horse.”[1] The entire decision is required reading for any wage and hour and/or class action practitioner in California, but a few points are worth highlighting here.

I.            PAGA Plaintiffs Are Not Required to Prove the Merits of Their Case Before Receiving State-wide Contact Information for Witnesses/Potential Class Members.

For California employees, the biggest win from the Williams decision is the California Supreme Court’s holding that a worker bringing a representative PAGA enforcement action, like any other plaintiff in a civil state court lawsuit, is not required to prove their case before receiving the information and documents needed to prove their case on behalf of themselves and their co-workers.

The outcome in Williams flows from a plain reading of PAGA and California’s discovery statute, neither of which impose the “modicum of substantial proof” standard MarshallsCA advanced, i.e., “a PAGA-specific heightened proof standard at the threshold, before discovery.”[2] To the contrary, “to insert such a requirement into PAGA would undercut the clear legislative purposes the act was designed to serve” because it would necessarily undermine a representative plaintiff’s ability “to advance the state‘s public policy of affording employees workplaces free of Labor Code violations, notwithstanding the inability of state agencies to monitor every employer or industry.”[3]

Of course, a trial court retains discretion for a “special reason to limit or postpone a representative plaintiff‘s access to contact information for those he or she seeks to represent, but the default position is that such information is within the proper scope of discovery, an essential first step to prosecution of any representative action.”[4]

II.             High Court Reaffirms the Broad Scope of Discovery in California.
The California Supreme Court also used the Williams case to reaffirm the broad scope of civil discovery in California state court. While broad discovery requests may result in “a defendant’s inevitable annoyance,” the Court recognized that the California Legislature “granted such a right anyway, comfortable in the conclusion that ―[m]utual knowledge of all the relevant facts gathered by both parties is essential to proper litigation.”[5]

The Court also clarified that the three-step framework established in Hill v. National Collegiate Athletic Assn.[6], not the “compelling interest” analysis in White v. Davis, should be applied to resolve most parties’ privacy objections to discovery requests unless a request constitutes an “obvious invasion[] of interests fundamental to personal autonomy.”[7] The Court made clear that routine requests for witnesses’/class members’ contact information typically do not warrant “compelling interest” scrutiny, and strongly implied that the Hill test should frequently result in the production of witness/class member contact information, particularly where the parties agree to use a Belaire-West notice and opt-out process.[8]

III.            Defendants Asserting “Burden” Objections to Discovery Requests Must Provide Specific Facts About the Cost and/or Administrative Difficulty of Complying.

The Court also underscored that a defendant may not refuse to produce discovery merely because a defendant disagrees with a plaintiff’s legal theory. In so holding, the Court emphasized that “the way to raise” a perceived legal deficiency in a plaintiff’s case “is to plead it as an affirmative defense, and thereafter to bring a motion for summary adjudication or summary judgment, not resist discovery until a plaintiff proves he or she” can overcome the defendant’s affirmative defense.[9] This aspect of the Williams decision will hopefully go a long way towards incentivizing defendants to defend against plaintiffs’ claims on the merits instead of engaging in discovery gamesmanship, typically resulting in unnecessary and costly motion practice.

Moreover, if responding to a discovery request poses a genuine burden for a company, then the company must provide “evidence of the time and cost required to respond” to support its burden objection.[10] While unsurprising, this portion of the opinion should be used by workers’ advocates who receive generalized “burden” objections from defendants which lack any specific facts regarding the nature of the supposed burden to respond.

In Williams, the Court illustrated its point with an example: “depending on the nature of any computer database Marshalls might maintain, providing information for 10,000 employees might prove little different than for 1,000, or 100.” If Marshalls had shown that, for example, each store had its own computer database of employees’ information unconnected to any other store’s database and no other centralized employee database existed, then the company might have had solid grounds to assert that coordinating data retrieval between “approximately 130 stores” in California would have been too costly and time-consuming.[11] In that case, the trial court might have ordered cost sharing between the parties, or a narrower production of information.[12] On the other hand, if Marshalls had been able to produce contact information relatively easily regardless of whether it produced employee information for one store as opposed to all of its stores, then Marshalls’ burden objection likely would not have been sustained.

In the actual case, Marshalls provided no “supporting evidence” regarding the nature of the “time and cost required to” produce contact information for the witnesses/potential class members.[13] Accordingly, the company’s “burden” argument lacked any legal merit.[14]

Williams will be cited by wage and hour practitioners for years to come because it both provides much needed clarification regarding the scope and operation of California’s civil discovery rules as applied to PAGA representative actions, and also affirms the common sense principle that a worker should not have to prove his or her case before receiving the basic information he or she needs to do so.

Workers and workers' advocates should celebrate this tremendous victory weighing in favor of access to justice, and ultimately, robust enforcement of California’s vital labor laws.

If you have believe that you and your co-workers are or have been subject to unlawful pay practices, then please contact Bryan Schwartz Law. 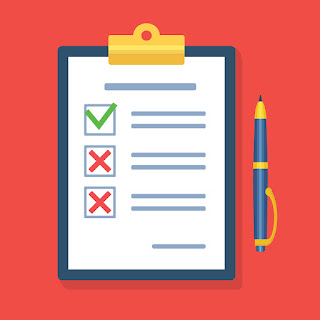 (1) be compensated not less than $455 per week;
(2) perform as her primary duty office or non-manual work related to the management or general business operations of the employer or the employer’s customers; and
(3) have as her primary duty the exercise of discretion and independent judgment with respect to matters of significance.

In McKeen-Chaplin, the Ninth Circuit held that mortgage underwriters are entitled to overtime under the FLSA. In so holding, the Court summarized the operative facts as follows:

Provident’s mortgage underwriters do not decide if Provident should take on risk, but instead assess whether, given the guidelines provided to them from above, the particular loan at issue falls within the range of risk Provident has determined it is willing to take. Assessing the loan’s riskiness according to relevant guidelines is quite distinct from assessing or determining Provident’s business interests. Mortgage underwriters are told what is in Provident’s best interest, and then asked to ensure that the product being sold fits within criteria set by others.

The Ninth Circuit rejected the lower court’s reasoning that mortgage underwriters performed “quality control” work as a basis to assert that they engaged in work directly related to the company’s management or general business operations. Id. at **6-7. The Ninth Circuit noted, as a factual matter, that the employer maintains a separate, multi-step quality control process which “is not staffed by mortgage underwriters.” Id. at *6.
To drive home the point that merely because a “role bears a resemblance to quality control” does not make such a position exempt from overtime/minimum wage protections, the Ninth Circuit analogized the duties of mortgage underwriters to the undisputedly non-exempt “assembly line worker who checks whether a particular part was assembled properly.” Id. at *7. Even though an assembly line worker inspects a widget on the assembly line to ensure it meets the standards of the employer, the assembly line worker – like the underwriters in McKeen-Chaplin - nevertheless is bound by the product quality standards set by the employer.
Unless employees’ job duties “plainly and unmistakably” make them “administrators or corporate executives” responsible for the employer’s “internal administration,” employers may not avoid paying overtime by classifying them as exempt using the administrative exemption. Id. at **2, 7.
***

If you have concerns that you may have been incorrectly classified as an exempt employee and deprived of overtime pay, then please contact Bryan Schwartz Law.

[1] The Ninth Circuit was careful to acknowledge that “the [administrative-production] dichotomy is only determinative if the work falls squarely on the production side of the line.” McKeen-Chaplin, at * 4 (citing 69 Fed. Reg. 22122, 22141 (Apr. 23, 2004).
In addition, because the Ninth Circuit decided this case solely with respect to the second prong of the administrative exemption test, it did not need to address prong (3), i.e., whether mortgage underwriters have as their primary duty the exercise of discretion and independent judgment with respect to matters of significance. McKeen-Chaplin, at *1 n. 1.
Posted by Eduard Meleshinsky No comments: