A federal court in California recently struck down the Trump Administration policy that prevented currently and formerly incarcerated individuals from receiving their $1,200 stimulus payments under the COVID-19 lockdown relief bill. The preliminary injunction requires the U.S. Treasury, the IRS, and the United States of America to stop withholding CARES Act stimulus funds from individuals based solely on their incarcerated status. The case is Scholl v. Mnuchin, 20-cv-05309-PJH.

Because of the decision, thousands of currently and formerly incarcerated folks will now be entitled to the $1,200 check that non-incarcerated Americans have already received. For more information about who is eligible and how to file, please visit  the IRS’s “Economic Impact Payment Information Center.”

Congress passed the CARES Act to help stimulate the economy during the ongoing COVID-19 pandemic. The Act allocates, among other things, $1,200 to “eligible individuals,” as well as $500 for each qualifying child. An “eligible individual” is defined as “any individual” other than: (1) someone who isn’t an American citizen, (2) any individual who is claimed as a dependent on someone else’s tax return, and (3) an estate or trust. 26 U.S.C. § 6428(d).

Though the Act did not explicitly or impliedly exclude incarcerated people, the Trump Administration refused to issue checks to anyone currently in prison or jail. In fact, after the IRS sent 84,861 payments to incarcerated individuals, the government required them to return the payments. Plaintiffs Colin Scholl and Lisa Strawn filed a class action on behalf of themselves and other currently and formerly incarcerated persons, asserting that excluding them from the COVID-19 relief was unlawful.

The court’s injunction rejected the Trump administration’s practice of withholding CARES Act payments from individuals on the basis of their history of incarceration, at least until trial. The court also certified the class, so that all those Americans denied relief in this manner could proceed together.

The court recognized the current economic reality faced by many incarcerated individuals across the U.S., and subsequently, how refusal of the CARES Act payment has caused and would continue to cause “irreparable harm.” Most individuals who enter prison were economically disadvantaged beforehand. Inmates often must purchase basic necessities to survive while incarcerated, as the court explained:

[P]risons do not provide all basic necessities required by incarcerated persons, including food and hygiene. With respect to food, incarcerated people supplement their food with items from the commissary, especially since … some institutions have reduced the number of calories or meals provided to inmates…. [S]ome penal institutions require inmates to pay for their own soap and personal hygiene items.

The economic strain on family and loved ones of inmates has only intensified since the pandemic struck. Id at 31. As of October 15th, there are 1,560 cases per 10,000 prisoners in California, which is 623% higher than California overall. In the first three months of the pandemic, more than 10,000 federal prisoners applied for compassionate release, though only 156 were approved. Many states have suspended visitation--including legal visits--all together. The pandemic, as well as the opinion itself, raises concerns about whether America’s prisons are humane, if inmates do not have necessities for survival.

The Court found that the Trump administration’s interpretation of the CARES Act would likely be considered “arbitrary and capricious.” Scholl v. Mnuchin, at 28. “Defendants have not directed the court to any other evidence indicating that the Treasury Department or IRS gave any reason for its decision, much less an adequate one.”  Id. at 34.

Among other things, Trump’s administration claimed that the plaintiffs had shown no injury, but the court found that the denial of CARES ACT payments now, when they are most needed, was a sufficient injury. Id. at 11-12.

Posted by Paris Gravley No comments:

Vote No on Proposition 22 to Protect Workers

By now, most California voters have received their vote-by-mail ballots.  One of the most critical issues on the ballot this year is Proposition 22. Prop 22 would reverse the California Supreme Court, legislature, and Governor in order to provide a windfall to ultra-rich corporations like Uber and Lyft. Prop 22 seeks to classify app-based drivers as “independent contractors,” rather than “employees,” denying drivers worker protections that are required by law to be afforded to all employees.

Uber, Lyft, DoorDash, Instacart, and Postmates have spent over $180 million trying to boost their profits at the expense of hard-working drivers, in the Prop 22 campaign. They have tried to mislead voters so that they do not have to pay their workers as the law requires. Voters must look past the barrage of pro-Prop 22 advertising and vote NO to protect workers. 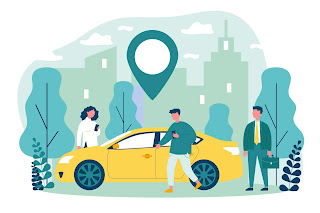 Here is what is really going on: Prop 22 would exempt app-based rideshare and delivery companies from their responsibilities under A.B. 5 and the Supreme Court of California’s decision in Dynamex, which currently classify drivers as employees. Unlike true independent contractors (like plumbers and electricians who come to fix something in your home or office), employees are guaranteed protections like minimum wage, overtime pay, reimbursement for their expenses, health insurance, and the right to organize. Via Prop 22, the ride-hailing and delivery companies are attempting to avoid providing their drivers with such protections.

Bryan Schwartz Law has written about A.B. 5 and Dynamex many times, for example: here, here, here, here, and here. To recap, A.B. 5 was signed into law in September of 2019, and codified the “ABC Test” laid out in Dynamex. Under the ABC Test, a worker is properly classified as an independent contractor if:

A)   The person is free from the control and direction of the hiring entity in connection with the performance of the work;

B)   The person performs work that is outside the usual course of the hiring entity’s business; and

C) The person is customarily engaged in an independently established trade, occupation, or business of the same nature as that involved in the work performed.

For Uber, Lyft, and others to avoid paying wages, they are trying to say that driving customers is outside the usual course of what Uber and Lyft do and that the drivers are not central to the companies’ core business. They are just “technology platforms” – not companies that provide rides. Really? We’ve taken some Uber and Lyft rides – sure seems like they’re providing rides, and that the drivers are the way they do it!

They are lying, to say that Uber and Lyft drivers are like those contract plumbers and electricians with their own independent businesses. Given the amount of control ride-hailing and delivery companies have over their workers and the drivers’ centrality to their business model, app-based drivers have to be considered employees under the ABC Test.

Courts have gotten tired of the companies’ lies and their refusal to follow the law, which is why they came up with Prop 22. For example, in an August 10 order, Judge Ethan Schulman of the San Francisco Superior Court reprimanded Uber and Lyft, writing, "To state the obvious, drivers are central, not tangential, to Uber and Lyft's entire ride-hailing business."

According to Ballotpedia, Prop 22 is the most expensive ballot measure ever to appear in California. These companies make billions on the rides the drivers provide, so for them, spending over $180 million to buy your vote with countless television, radio, and digital ads makes sense. Lyft have even sent “Yes on 22” push notifications to customers’ phones and forced them to press “confirm” on a pro-Proposition 22 message, before being able to order a ride.

The ads pretend that the issues are “flexibility” and “independence.” The ads say that if Californians vote No on Prop 22, drivers will lose the flexibility to determine their hours. This is a phony argument. Nothing in the current law that Uber, Lyft, and the other companies are breaking prohibits employers from offering employees flexible schedules or part-time work. Many California employers offer that kind of work currently. One Lyft driver, Jerome Gage, put it perfectly when he wrote, “Uber and Lyft claim I want to be ‘independent.’ What I really want is to be safe and paid a living wage. That would give me independence.”

What Uber, Lyft and the others are not telling you is that a recent survey of San Francisco ride-hailing and delivery drivers shows that more than 70% of Uber and Lyft drivers work more than 30 hours a week, including up to “50% who work more than 40 hours and 30% who work more than 50 hours a week.” Many drivers are working full time for Uber and Lyft, without the companies respecting any of the protections that apply to employees.  The majority of the drivers say that driving for these companies is their primary or sole source of income. These workers deserve to be compensated like employees of these companies, because that is what they are.

Prop 22 purports that drivers will get guaranteed pay equal to 120% of the minimum wage. That rate would be about $15.60 per hour. An analysis by the UC Berkeley Labor Center shows that because of loopholes in Prop 22, the actual hourly pay rate would be closer to $5.64 an hour. You have to factor in unpaid waiting time, unreimbursed waiting time expenses, underpayment for driving expenses, and unpaid payroll taxes and employee benefits. With drivers classified as independent contractors under Prop 22, they would be responsible for costs like vehicle maintenance, gas, car insurance, taxes, and their own health insurance.  These costs eat up any “guaranteed pay” by Uber and Lyft.

Uber, Lyft, DoorDash, and Instacart support Proposition 22 because it protects their massive profits, not because they care about drivers. Prop 22 allows these companies not only to avoid fairly compensating their workers, but also to avoid paying payroll taxes and contributing to Social Security, Medicare, and Unemployment Insurance. Every business in California is required to provide baseline protections to their employees. Uber, Lyft, DoorDash, and Instacart should have to follow the law, like other employers.

If you believe you have been misclassified as an independent contractor or denied basic employee protections, please contact Bryan Schwartz Law.