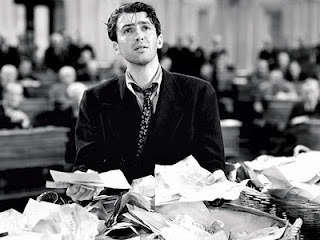 I have been litigating several cases against cosmetology schools which unfairly take advantage of their students to perform unpaid, extensive, revenue-generating work for the schools, peddling branded products, performing services on paying clients, and also, being assigned extensive menial labor in the school salons. These school salons sell cheap haircuts and other cosmetology services to the public, in unfair competition with other low-cost salons - which have to pay their workers' wages. We have sought recovery of the cosmetology students' minimum wages under federal and California law.

After a series of losses in similar cases across the country - and not just in my cases - I went to the Ninth Circuit this morning for what could be our last shot at some justice. The experience reminded me of Jimmy Stewart in Mr. Smith Goes to Washington - except without Clarissa Smith screaming from the audience to try to redeem me - https://www.youtube.com/watch?v=aAjDmw6IrFg.

Here's how I wish I would have concluded my oral argument - I didn't have the time or opportunity to say it:

As I walked to the courthouse early this morning, south of Market Street in San Francisco, I was struck as I have been before by how many people here in the cradle of our tech civilization are left behind, living in poverty on the streets. I don't know each person's story - but how many worked hard, only to be left without wages, without real training, and deep in debt, like the Plaintiffs here? There is so much despair in this tech economy, leaving people behind, that it is shaping elections, moving world events in a dangerous, hopelessness-and-anger-driven direction. Because if you cannot go to school, work hard, and get paid a basic living wage to cover your bills, then the American dream is lost, and our hope is gone.

The federal Fair Labor Standards Act was not designed with a hole in the minimum wage big enough to drive an entire business model through. It was designed, as this Court has said before, to protect "employees" in the broadest sense ever included in any one Act - to provide protection to anyone suffered or permitted to work. If cleaning floors and mirrors, taking out trash, answering phones, selling shampoo and haircuts - are not compensable work - then what is?

The Ninth Circuit has been a bulwark against oppression and injustice before, even in recent days. Let it be so again today.
Posted by Bryan Schwartz Law No comments:

Equal Pay for Equal Work Gets Another Chance at the Ninth Circuit in Rizo v. Yovino 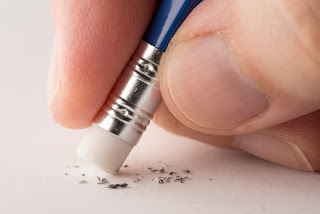 UPDATE (5/21/18): On rehearing, the Ninth Circuit reversed itself, holding "prior salary alone or in combination with other factors cannot justify a wage differential." Read more about this historic decision here. Readers interested in learning more about this topic may wish to review this research paper, explaining the important positive effects of prohibiting employers from relying on past salary history to set workers' wages.

Can employers rely solely on employees’ prior salaries to justify unequal pay for equal work?

This is the essentially the question the Ninth Circuit addressed earlier this year in Rizo v. Yovino. In the Rizo case, a female math consultant hired by the Fresno County Schools, Aileen Rizo, was underpaid thousands of dollars compared to her male peers solely because Ms. Rizo’s prior salary was comparatively lower than that of her male peers despite her male peers having less experience. To the dismay of advocates for pay equity nationwide, the Ninth Circuit held that the federal Equal Pay Act of 1963 (29 U.S.C. § 206(d)) does not prohibit an employer from relying solely on employees’ past salary histories to set compensation.[1] 854 F.3d 1161, 1167 (9th Cir. 2017).

The primary flaw in the Ninth Circuit’s opinion stemmed from an overbroad interpretation of its precedent, Kouba v. Allstate Insurance Company. 691 F.2d 873, 876 (9th Cir. 1982). In Kouba, the employer paid its employees a minimum guaranteed salary plus commissions based on employees’ sales. Id. at 874. In setting new employees’ minimum salaries, the employer considered “ability, education, experience, and prior salary.” Id. In this context, where the employer did not rely exclusively on prior salary history in setting employee compensation, the Court previously held that “the Equal Pay Act does not impose a strict prohibition against the use of prior salary.” Id. 878. The Court emphasized that an employer who uses prior salary to set compensation “must” provide “business reasons” that “reasonably explain its use of that factor,” and provided the trial court with a non-exhaustive list of fact-specific questions to consider in evaluating the “reasonableness of this practice.” Id. (emph. added).

Unlike in Kouba, the County in Yovino set new employees’ compensation by increasing their most recent prior salaries by 5% without taking into account employees’ experience or skill. Yovino, 854 F.3d at 1164. Applicants with a master’s degree were given a flat $1,200 bump. Id. Because of the well-established fact that women in nearly every occupation are paid less than men even when controlling for a host of possibly explanatory variables[2], the County’s exclusive use of employees’ prior salary perpetuated the gender wage gap in contravention of the purpose of the Equal Pay Act. The Tenth and Eleventh Circuits have come to this same conclusion. See, e.g., Riser v. QEP Energy, 776 F.3d 1191, 1199 (10th Cir. 2015) (“the EPA precludes an employer from relying solely upon a prior salary to justify pay disparity”); Irby v. Bittick, 44 F.3d 949, 955 (11th Cir. 1995) (“prior salary alone cannot justify pay disparity”).

The Ninth Circuit, diverging from two of its sister circuits, failed to give sufficient weight to the context in which Kouba was decided, particularly with respect to the fact that the Kouba employer used sex-neutral factors in addition to prior salary history. Instead, the Court read Kouba as permitting a “salary differential based solely on prior earnings” without “attribut[ing] any significance to [the Kouba employer’s] use of these other factors [i.e., ability, education, and experience].” Yovino, 854 F.3d at 1166.

Fortunately, this is not the end of the story. Last week, the Ninth Circuit granted Ms. Rizo’s request for a rehearing en banc, meaning that all eligible judges serving on the Ninth Circuit will rehear the case.

Fifty four years have passed since the Equal Pay Act was signed into law to end the “serious and endemic problem of employment discrimination in private industry—the fact that the wage structure of ‘many segments of American industry has been based on an ancient but outmoded belief that a man, because of his role in society, should be paid more than a woman even though his duties are the same.’” Corning Glass Works v. Brennan, 417 U.S. 188, 195 (1974). Now, the Ninth Circuit has an opportunity to reconsider its erroneous interpretation of the Equal Pay Act and, in the process, move our country closer to achieving the goal of equal pay for equal work.
[1] California’s state law analog, the Fair Pay Act, expressly prohibits the exclusive use of “[p]rior salary” to “justify any disparity in compensation” with respect to sex, ethnicity, and race. Cal. Lab. Code §§ 1197.5(a)(3), (b)(3).