The Jury Has Spoken: Tesla Liable for $136.9 Million in Individual Race Harassment Case

Owen Diaz was vindicated after fighting back against the appalling racial harassment he endured at the hands of Tesla. He won a resounding victory this month when a jury awarded him $136.9 million, including an enormous $130 million in punitive damages. This verdict is one of the largest of its kind. 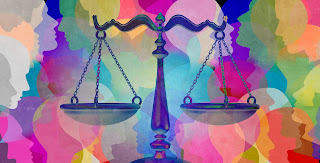 Mr. Diaz, who is African-American, worked at Tesla‘s Fremont factory as an elevator operator. Supervisors accosted him using racial epithets frequently, including the N-word, and Mr. Diaz found racist caricatures and swastikas written in the factory and bathrooms. Mr. Diaz complained to management, which did nothing. Dismayed but undeterred, Mr. Diaz courageously stood up to Tesla’s behavior “straight from the Jim Crow era and filed a lawsuit against Tesla.

Tesla fiercely litigated against Mr. Diaz over the four years that followed, but Mr. Diaz prevailed. Tesla argued that even though Mr. Diaz worked at Tesla, followed Tesla workers’ instructions, and earned a rate of pay set by Tesla, that it somehow had no responsibility to prevent the awful treatment he and other African-American workers at the Fremont Tesla factory endured. The jury did not fall for it.

Tesla also argued that Mr. Diaz had not shown any evidence of race discrimination, but the jury saw through that ruse. At one illustrative point in the trial proceedings, Tesla’s attorney asked a witness if the N-word was used in the workplace. After the witness confirmed it was, Tesla’s attorney asked if the epithet was used in a friendly way, completely failing to recognize that such degrading language has no place in any workplace, in any context, for any reason. The evidence of race discrimination at Tesla was so overwhelming that the jury returned an unprecedented verdict with $130 million in punitive damages, finding that Tesla intentionally violated the law.

Tesla forces most employees to sign arbitration agreements, which prevents them from coming together to hold Tesla accountable for its discriminatory treatment and veils in secrecy much of Tesla’s unlawful employment practices. Thanks to Mr. Diaz’s courage, Tesla is at last being held accountable publicly and by the community for its disgraceful and unlawful actions.

Whether Tesla’s expensive loss prompts corporate changes is yet to be determined; as Bryan Schwartz Law previously wrote, Tesla CEO Elon Musk stated that it was “worth it” to intentionally violate securities law and incur a $20 million fine, and he unlawfully threatened employees with a loss of stock options if they chose to unionize. Hopefully, this verdict pushes Tesla to begin to treat its workers with fairness and respect.