The Ninth Circuit Court of Appeals issued a disappointing ruling interpreting the Americans with Disabilities Act (“ADA”) earlier this month. The case is Anthony v. TRAX International Corp. According to that ruling, an employee cannot pursue remedies under the ADA if their employer discovers after its discrimination that the employee lacked the prerequisite qualifications to perform the job. Even though the employer lacks this “after-acquired evidence” at the time it discriminates against the employee—even though the employer actually discriminated against the employee—such evidence can preclude recovery under the ADA, under this precedent. As discussed below, in the wake of this decision, plaintiff-side attorneys should consider bringing disability discrimination actions under California law instead of the ADA, and must investigate the qualifications issue in any case with ADA claims.

The employee in the case, Sunny Anthony, suffered from PTSD and related anxiety and depression. When her condition worsened, she was forced to miss significant time at work. Afterwards, her employer, TRAX, a government contractor with the Department of the Army, warned her that she would be fired if she did not submit a doctor’s note saying that she could return to work without restrictions, even though policies requiring employees to be 100% healthy do not comply with the ADA. When she failed to provide such a note, TRAX fired her. Ms. Anthony would have been eligible for rehire at administrative positions that were open at the time of her termination, but TRAX did not consider transferring or reassigning her, or any other measure, as an accommodation.
Ms. Anthony sued TRAX for disability discrimination and failure to engage in the interactive process regarding disability accommodations under the ADA. During the lawsuit, TRAX learned that Ms. Anthony did not have a bachelor’s degree, a requirement for all workers at Ms. Anthony’s position under TRAX’s contract with the Department of the Army. On this basis, TRAX successfully moved to have the case dismissed.

The Ninth Circuit affirmed the ruling in TRAX’s favor, holding that Ms. Anthony was not “qualified” under the ADA. See 42 U.S.C. § 12112(a). The court relied on EEOC regulation 29 C.F.R. § 1630.2(m) interpreting the ADA to analyze Ms. Anthony’s qualifications. To determine whether an individual is qualified pursuant to this ADA regulation, a court examines whether the individual has the qualifications necessary to perform the position (such as educational or experiential background) and whether the individual could perform the essential duties of the job with or without accommodations. 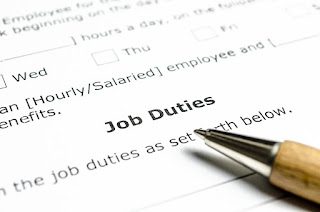 TRAX did not know about Ms. Anthony’s lack of a bachelor’s degree when it discriminatorily fired her. But despite TRAX’s wrongdoing, the Ninth Circuit held that Ms. Anthony’s lack of a bachelor’s degree completely barred her ADA claim. Because of 29 C.F.R. § 1630.2(m), according to the court, the question of an ADA plaintiff’s qualification is always pertinent, even if it has nothing to do with the alleged wrongdoing. The court suggested that the EEOC could amend this regulation in order to achieve a different result, though amending regulations is no easy task under any administration, and amending regulations to favor employees is even less likely under the current administration.

Ms. Anthony invoked the U.S. Supreme Court decision in McKennon v. Nashville Banner Publishing Co., 513 U.S. 352 (1995), an age discrimination case, to support her argument that the evidence of her lack of a bachelor’s degree acquired after her termination did not disqualify her from bringing her ADA claim. Bryan Schwartz Law has written about this case and the after-acquired evidence doctrine here, here, and here. McKennon held that, at most, such after-acquired evidence cuts off liability after the employer learns of a legitimate reason for termination. Ms. Anthony argued the same logic was at play in her ADA case.

In disagreeing, the Ninth Circuit argued that the Age Discrimination in Employment Act lacked a “qualified individual” requirement, unlike the ADA. It held that after-acquired evidence can show that a plaintiff is not qualified in an ADA case, even though such evidence cannot be used to support an employer’s purportedly neutral non-discriminatory basis for terminating an employee. The court noted, “An employer’s ignorance cannot create a qualification when there is none.”

Although the Anthony decision represents a setback for disabled employees seeking to enforce their ADA rights, the decision specifically applies to cases brought under the federal ADA, where 29 C.F.R. § 1630.2(m) is in effect, and not California’s Fair Employment and Housing Act (“FEHA”). After-acquired evidence does not provide a complete defense to a FEHA claim, thanks to the California Supreme Court decision in Salas v. Sierra Chemical Co., which followed McKennon and held that due to FEHA’s strong antidiscrimination purpose, “the doctrine[] of after-acquired evidence… [is] not complete defense[] to a worker’s claims under California's FEHA….” Instead, wronged employees are entitled to compensation from the date of the adverse action to the date the employer acquired information about the employee’s ineligibility for work. See Horne v. Dist. Council 16 Int’l Union of Painters & Allied Trades, (2015) 234 Cal. App. 4th 524, 540 (“Salas makes clear that after-acquired evidence is only relevant in the damages phase of a FEHA proceeding.”) Bryan Schwartz Law has written about Salas here.

Because after-acquired evidence cannot disqualify a disabled employee from recovery under FEHA pursuant to current law, practitioners should consider filing under FEHA rather than the ADA if possible. If the ADA is the only option, practitioners considering new cases should investigate the job requirements and the employee’s actual qualifications, without assuming that the fact of employment, no matter how long or exemplary, indicates that the employee was qualified. It is also important to note that Anthony hinged on an interpretation of a regulation specific to the ADA and distinguished McKennon on that ground; other federal discrimination statutes without an analogous regulation are unaffected. Furthermore, Anthony does not allow employers to retroactively come up with job requirements that did not exist at the time the employee was terminated, because a plaintiff must demonstrate that they were “qualified at the time of the adverse employment action, rather than at some earlier or later time.” Anthony Slip Op. at 11.

In addition, the Anthony court did not bolster the “unclean hands” doctrine, another legal defense based on misconduct by the employee. This defense is based on the questionable theory that a defendant should not have to pay for its wrongdoing when the accuser is just as guilty of wrongdoing. “Unclean hands” can constitute a complete defense, but it is unavailable “where a private suit serves important public purposes,” such as to enforce anti-discrimination statutes like the ADA. McKennon, 513 U.S. at 360-361.

If you believe your employer has discriminated against you based on your disability, contact Bryan Schwartz Law.
Posted by SLG No comments: