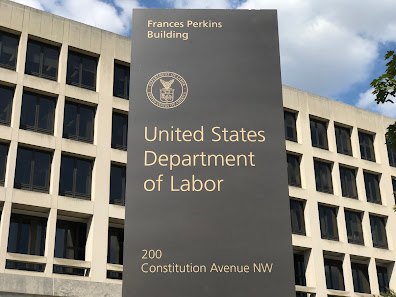 The federal government is scrapping a rule created under the Trump administration to narrow the protections of the Fair Labor Standards Act (“FLSA”) for workers with more than one employer. Because this Trump administration rule shrank the category of entities liable for wage violations, it made recovering earned wages more difficult for employees. Its implementation would have cost employees one billion dollars per year, according to the Economic Policy Institute. A federal court struck down a large portion of the rule last year in New York v. Scalia; now, the Department of Labor (“DOL”) has decided to rescind the rule entirely. The rescission will take effect on September 28, 2021.

When multiple entities are considered joint employers, they can be held accountable for the same employee’s wages and other rights and benefits. For example, some workers hired through staffing agencies are jointly employed by the agency and the business at which they perform their duties. In such a case, both the agency and the other business is legally responsible for ensuring that the worker is appropriately compensated. The Trump-era “Joint Employer Status Under the Fair Labor Standards Act”' redefined the criteria for the joint employer classification, to make fewer employers liable.

The rule broke from past DOL interpretations of the FLSA, as B
ryan Schwartz Law previously wrote. It did away with the traditional “economic dependence” analysis in favor of an employer-favorable four-factor analysis of the entity’s control over the employee. These Trump administration-preferred factors were whether an entity

(ii)              Supervises and controls the employee's work schedule or conditions of employment to a substantial degree;

The court in New York v. Scalia threw out most of this rule, siding with the seventeen states and the District of Columbia that challenged it. However, the court’s decision applied only to “vertical” joint employment—when an employee obtains work with an entity through a contractor, such as a staffing agency, and in similar situations. Meanwhile, the Trump administration’s rule continued to govern “horizontal” joint employer liability, which can apply when a worker splits time between two employers.

The Biden administration’s DOL will eliminate the Trump DOL’s rule in its entirety, providing a clear set of uniform regulations. This rescission fuels advocates’ hopes that the Biden Administration will continue to reverse regressive Trump-era policies undermining workers’ rights. Bryan Schwartz Law has written about previous reversals. For instance, in May, the Biden Department of Labor prevented the Trump administration’s Independent Contractor Rule from going into effect. That rule would have made it easier for employers to misclassify workers as independent contractors, denying them the rights of employees under the FLSA. Biden also revoked a memo issued by Trump’s Justice Department attempting to limit the protections that the landmark decision Bostock v. Clayton County affords LGBTQ+ workers.

If you have been denied wages, breaks, overtime pay, or any other workers’ rights, please contact Bryan Schwartz Law.
Posted by Polina Whitehouse No comments: