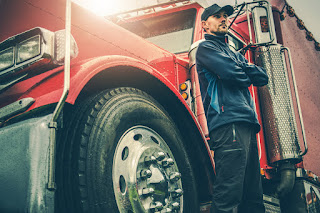 
The case is a business dispute in which plaintiff Archer and White seeks both money damages and injunctive relief. Defendant Schein moved to compel arbitration and Archer and White opposed, arguing that the dispute was not subject to arbitration because the complaint seeks injunctive relief, at least in part. The relevant contract provision states:

Disputes. This agreement shall be governed by the laws of the State of North Carolina. Any dispute arising under or related to this Agreement (except for actions seeking injunctive relief and disputes related to trademarks, trade secrets, or other intellectual property of [Schein]), shall be resolved by binding arbitration in accordance with the arbitration rules of the American Arbitration Association. The place of arbitration shall be in Charlotte, North Carolina.

Schein argued that because of the contract's express incorporation of the American Arbitration Association's rules, the parties agreed that questions of arbitrability, including the arbitrability issue raised by Archer and White, would be decided by an arbitrator. Archer and White responded that because they seek injunctive relief, which is excluded in the above provision, the court may resolve a threshold question of arbitrability if the argument for arbitration is "wholly groundless." The district court agreed and Schein's motion to compel was denied. The Fifth Circuit affirmed, citing its own precedent for a "wholly groundless" exception to enforcing a delegation clause. 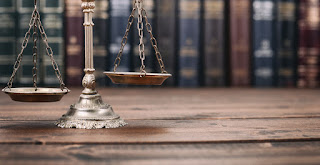 However, citing First Options of Chicago, Inc. v. Kaplan, 514 U.S. 938 (1995), and Rent-a-Center, West, Inc. v. Jackson, 561 U.S. 63 (2010), the Opinion clearly states that courts retain the power to decide whether there is "clear and unmistakable evidence" of a meeting of the minds to delegate arbitrability questions to an arbitrator. Rather than ordering the lower courts to grant Schein's motion to compel, the Court remanded to the Fifth Circuit to consider, in the first instance, the issue of whether the contract in fact delegated the arbitrability question to the arbitrator.

In employment law, workers' rights attorneys generally seek to avoid arbitration because of the ways in which arbitration agreements are being used not only to stop workers and consumers from vindicating their rights in a concerted manner, but also to exert control over the dispute resolution process, primarily by companies building repeat-customer relationships with certain preferred arbitrators.

The Supreme Court's decision in Schein is prompting defense attorneys to advise their employer clients to review their arbitration agreements and include a clearly worded delegation clause. However, employers cannot circumnavigate the courts merely through the presence of a provision attempting to delegate questions of arbitrability to an arbitrator. Workers remain able to argue defenses to formation of such an agreement, and courts must hear these arguments. Workers, if you can argue that the defendant lacks "clear and unmistakable evidence" that the parties agreed to arbitrate, or that the parties agreed to delegate issues of arbitrability to an arbitrator, the Supreme Court has made clear, unanimously, that this argument must be heard by the court before compelling arbitration.
Posted by Maren Christensen No comments: