Millions of Salaried Workers Are Newly Eligible For Overtime, Thanks to an Updated Department of Labor Rule

The Fair Labor Standard Act entitles certain white-collar employees to overtime pay. Previously, only workers earning up to $23,660 were entitled to overtime compensation, a static amount set in 2004. Under the new rule, most salaried workers who earn up to $47,476 annually must receive time-and-a-half pay for every hour worked in excess of 40 per week. That amount is pegged to the 40th percentile of earnings of full-time salaried workers in the lowest-wage Census Region, currently the South, and will automatically update every three years, based on the latest wage growth data. Thus, the cutoff for overtime eligibility is expected to increase every three years.
The new rule also increases the annual compensation requirements for highly compensated employees.

It remains to be seen how employers will respond to the new rule. However, many employee advocates believe the new rule will result in higher earnings, or at least more free time, for middle class workers.
Posted by Rachel Terp No comments:

In a continuation of what is starting to look like a trend before the ideologically split, eight-member Supreme Court, on Monday morning a majority of the Justices signed on to a narrow procedural ruling in Spokeo v. Robins, which had the practical effect of preserving consumer class actions based on statutory, non-pocketbook injuries. Had the Court ruled in favor of Spokeo, the ability of consumers to bring class action lawsuits for harms such as the privacy rights at stake in this case would have been severely limited.

Thomas Robins sued Spokeo, the self-described “people search engine,” under the Fair Credit Reporting Act (“FCRA”), on behalf of a class of consumers, for publishing inaccurate reports concerning his age, marital status, education, and employment history. Mr. Robins alleged that the misinformation had negatively interfered with his job search efforts. The FCRA, an attempt by Congress to address widespread inaccuracies in consumer credit reporting and the significant challenges consumers face in trying to correct such information, requires that consumer reporting agencies take certain steps to ensure the accuracy of consumer data and grants injured consumers a right to sue for negligent or willful noncompliance with the Act.

The district court had granted Spokeo’s motion to dismiss on the basis that Robins lacked Constitutional standing to sue because he had not adequately pleaded an injury-in-fact. The injury-in-fact requirement demands that a plaintiff has suffered a harm that is both individualized and concrete. The Supreme Court has aggressively enforced this and other components of standing doctrine in the past three decades, making it more difficult for individuals to challenge corporate or government misconduct. For example, in an influential but extremely troubling 1984 decision, the Supreme Court held that the parents of African-American school children lacked standing to challenge the unlawful granting of tax-exempt status to racially discriminatory private schools, because they lacked an injury-in-fact.

Mr. Robins appealed to the Ninth Circuit, which ruled in his favor, finding that he had satisfied the injury-in-fact requirement by alleging that Spokeo had violated his statutory rights granted by FCRA and that he had a personal (rather than collective) stake in the handling of his own credit information.

Prior to Justice Scalia’s death, Spokeo seemed destined to continue the efforts of the Court’s conservative majority to weaken the ability of employees and consumers (amongst others) to recover against corporations through class action lawsuits. The conservatives Justices’ previous successes in this realm include two infamous decisions handed down five years ago: AT&T Mobility LLC v. Concepcion (2011) 563 U.S. 333 (upholding class-action waivers in consumer arbitration agreements) and Wal-Mart Stores Inc. v. Dukes (2011) 131 S. Ct. 2541 (de-certifying a nationwide class of female employees who relied on statistics to prove rampant sex discrimination). These decisions led to increasingly aggressive attempts by corporations to immunize themselves from class actions. Spokeo’s assertion that Mr. Robins lacked standing to sue Spokeo for violations of the FCRA reflected one such attempt, this time relying on the modern standing doctrine, described above, to strip consumers of an essential remedy for the widespread abuses in credit reporting.

However, without a fifth conservative vote, the high court instead sent the case back to the Ninth Circuit for further consideration of whether Mr. Robins’s injury was sufficiently concrete to satisfy the injury-in-fact requirement. Justice Alito, writing for a six-Justice majority, expounded on the concreteness element and noted that standing requires something more than “a bare procedural violation” of a statute. As an example, Justice Alito hypothesized that the incorrect reporting of an individual’s zip code likely would not result in concrete harm. Justice Alito added that a risk of future concrete harm could also satisfy the injury-in-fact requirement.

Justice Ginsburg, in an opinion joined by Justice Sotomayor, dissented to opine that remand to the Ninth Circuit was unnecessary because Mr. Robins’ allegations met the concreteness requirement. Therefore, all eight Justices appeared to agree that Congress may confer standing by creating statutory rights and remedies, so long as the plaintiff bringing suit has suffered an individualized harm resulting from something more than a bare procedural violation of a statute.

This issue is likely to return before a nine-member Court, but by preserving the status quo with respect to standing and class actions, the result was a clear win for consumers, employees, and those who advocate on their behalf.
Posted by Anonymous No comments: 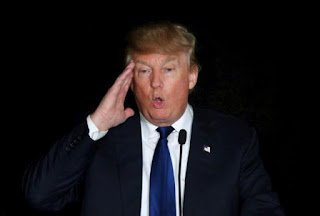 This post is dedicated to preserving core American values by defeating Donald Trump in the 2016 Presidential election.

America was founded 240 years ago on the notion that all are created equal, endowed by our Creator with certain unalienable rights – the rights to life, liberty, and the pursuit of happiness. Ours is largely a nation of immigrants and has been since the thirteen colonies were established. We have fought, since the first settlers, and to the present day, for religious freedom. Our immigrants contributing to America’s greatness are as diverse as the people of the world – coming from every inhabited continent and country, every race, national origin, and creed.

Donald Trump has never held public office, fought for this country, or engaged in substantial public service of any kind, and is thus the least-qualified person ever to aspire to the presidency as a major party candidate. His best known public policy positions, which he rode to the likely Republican nomination, scapegoat immigrants and religious minorities.

Trump has said that the children of undocumented immigrants should not be protected by the constitution (though most of his own kids were children of immigrants, Ivana Trump, who was Czech, and Melania Knauss, who was Slovenian).

Trump has said, "Day 1 of my presidency, they [illegal immigrants] are getting out and getting out fast." He has said that all immigrants in the U.S. illegally (11 million, approximately) should be deported, but has in the past said that only some should be deported, and has no plan for conducting such an operation, which experts says is impossible. He has advocated building a wall along the entire Mexican border, which Pope Francis decreed as un-Christian. Trump responded by calling the Pope a pawn of the Mexican government.

Trump has also famously said that all Muslims should require special identification (like the Jews in Nazi Germany), and that Muslims should not be allowed to come to the United States at all (in violation of the First Amendment guaranteeing freedom of religion), and called Brussels a "hellhole" while it was recovering from terrorist threats, because of its Muslim minority. Trump calls for surveillance of mosques in the U.S.

We have never had a major party candidate like Trump in America, but other countries have, so we know that we must take Trump's bigoted positions seriously. Read, for example:

An unqualified demagogue like Trump, who openly espouses racist views as a basis for seeking the high and honorable position of U.S. President, mocks America and its bedrock values, and must be taken seriously, and stopped.

It is of no consequence whether you or I are not Mexican or Muslim. A racist attack on one of us is an attack on all Americans. We recall the words of Martin Niemöller, who had the courage to speak out against Hitler as a Protestant pastor. He said:

First they came for the Socialists, and I did not speak out—
Because I was not a Socialist.

It is time for all patriotic Americans to speak out against Donald Trump.