The 2020 presidential election successfully ousted an administration and political movement that has sought to undermine workplace protections, and reaffirmed democracy and the rule of law.

But it also saw the overwhelming passage of Proposition 22 in California after gig employers spent a jaw-dropping $200,000,000+

(the most in California history) to write its own law, much to the dismay of worker advocates and to the detriment of gig economy workers. Proposition 22 exempts app-based rideshare and delivery com
panies from their responsibilities under landmark worker protection law A.B. 5 and the Supreme Court of California’s decision in Dynamex Operations W. v. Superior Court (2018) 4 Cal.5th 903, which classify drivers as employees.

Good news for workers came early in 2021: the California Supreme Court has determined that the Dynamex decision applies retroactively to cases that arose before Dynamex was decided in 2018. The decision is Vazquez v. Jan-Pro Financing International, Inc. 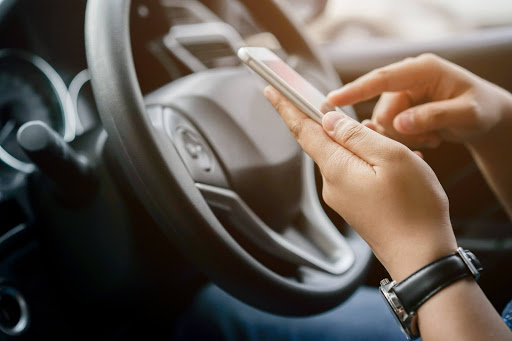 Dynamex established the “ABC test,” a three-part legal test that makes it more difficult for businesses to ignore worker protections by classifying them as independent contractors. Under the ABC Test, a business can classify a worker as an independent contractor only if the employer can show all three parts:

A)      The person is free from the control and direction of the hiring entity in connection with the performance of the work;

B)      The person performs work that is outside the usual course of the hiring entity’s business; and

C)      The person is customarily engaged in an independently established trade, occupation, or business of the same nature as that involved in the work performed.

If the business cannot prove all three of these parts, the worker is an employee. Unlike independent contractors, employees are guaranteed protections like sick leave, minimum wage, overtime pay, reimbursement for their expenses, health insurance, and the right to organize. Gig employers such as Uber, Lyft, Doordash, and Postmates hoped to avoid these legal obligations  to their workers by bankrolling Proposition 22—which is why its passage was such a stinging defeat for gig workers.

A three-judge panel of the Ninth Circuit Court of Appeals had already held that the ABC test applies retroactively in May 2019, but that did not end the debate. On rehearing, the Ninth Circuit decided to ask the California Supreme Court what it thought and withdrew its opinion. In a victory for workers, the California Supreme Court unanimously held on January 14, 2021, that the Dynamex decision should apply retroactively to cases arising before it was decided.

Judicial decisions like Dynamex usually apply retroactively, but the defendant here argued that Dynamex should be an exception because the ABC test was, in their view, a new rule. As such, according to the defendant, it would not be fair to apply Dynamex retroactively. The court disagreed, opining that decisions prior to Dynamex had put hiring entities on notice that the previous state of the law regarding independent contractor status was not firmly settled. To the contrary, the court stated that “fairness and policy considerations underlying our decision in Dynamex favor retroactive application,” because workers’ protections enable “them to provide at least minimally for themselves and their families and to accord them a modicum of dignity and self-respect.” If Dynamex were not applied retroactively, the court feared that many workers would be denied the intended protections of California law.

Though this is a victory, it is a limited one. Statutes of limitations already restrict the number of workers who may assert their rights as employees improperly misclassified as independent contractors. However, Proposition 22 does not apply retroactively, meaning that gig workers have a window in which to exercise their legal rights in light of this decision.

If you have wrongly classified as an independent contractor instead of an employee, contact Bryan Schwartz Law.