Today, the United States Supreme Court affirmed a basic principal underlying lawsuits challenging mass wage theft – if employers fail to keep records of employees’ work, then employees get to use their best estimate to prove their employer’s wage theft, including estimates based on statistical and representative evidence. The Court also confirmed that representative evidence may be used beyond the wage and hour context. 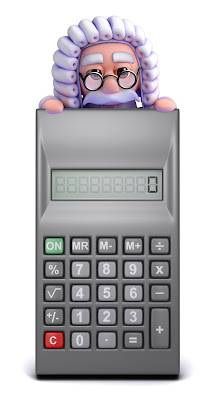 As we wrote here, the Court seemed unpersuaded at oral argument last fall that it should overrule seventy years of precedent, first established in Anderson v. Mt. Clemens Pottery Co., that employees may use a “representative sample to fill an evidentiary gap created by the employer’s failure to keep adequate records.” Tyson Foods, Inc. v. Bouaphakeo, No. 14-1146, 2016 WL 1092414, at *9 (Mar. 22, 2016). Writing for a 6-2 majority, Justice Kennedy affirmed this long-standing and critical rule of law.
Importantly, the Court went beyond the lenient standard of proof established in Mt. Clemens, which is unique to the Fair Labor Standards Act context, and thereby confirmed that representative evidence can be used as common proof of classwide liability and damages in other legal contexts. In particular, the Court clarified that Wal-Mart Stores, Inc., v. Dukes, the infamous decision that struck down a nationwide gender discrimination class action and has been the cause of much consternation for worker and consumer advocates, “does not stand for the broad proposition that a representative sample is an impermissible means of establishing classwide liability.” Id. at *10. Instead, the Court correctly recognized that representative evidence, like any evidence, can be persuasive or unpersuasive to a jury depending “on the purpose for which the sample is being introduced and on the underlying cause of action.” Id. at *8. In cases where “each class member could have relied on that sample to establish liability if he or she had brought an individual action,” representative evidence is more appropriate in contrast to cases where affected individuals are not sufficiently “similarly situated.” Id. at *8, *11. Thus, any doubt about the propriety of representative evidence to prove classwide liability in the wake of Wal-Mart and Comcast Corp. v. Behrend has been dispelled. The new battleground appears to be not if, but when representative evidence can be deployed to establish an element of a cause of action on a classwide basis. Id. at *8.
Interestingly, the Court observed that the district court would have erred in denying class certification if its sole basis for denying class certification were the lower court’s perception of the expert report as unpersuasive. Id. at *11. Only if the lower court “concluded that no reasonable juror could have believed that the employees spent roughly equal time donning and doffing” would denying class certification have been proper. Id. See also Amgen Inc. v. Connecticut Ret. Plans & Trust Funds, 133 S. Ct. 1184, 1194-95 (2013) (“Rule 23 grants courts no license to engage in free-ranging merits inquiries at the certification stage.”) The takeaway appears to be that the Court will require aggrieved plaintiffs seeking to use representative evidence to first establish that they were “similarly situated” such that the defendant’s harmful conduct affected them “roughly” in the same way. Id. However, once this threshold is met, the representative evidence may be used to establish classwide liability if it is otherwise admissible – no “Trial by Formula” concerns in sight.
Also, as anticipated by comments at oral argument, the Court declined to consider the important question of whether the possibility of uninjured class members prevents a district court from certifying a class action because Defendants abandoned the issue. The district court will have to address this issue in the first instance on remand. If not addressed in this case, the issue of possibly uninjured class members likely will continue to be raised by employers seeking to avoid accountability for their wrongdoing by arguing that if they didn’t steal from each of its employees, then its victims cannot stand together because unaffected employees might possibly receive a windfall. Thus, the employer should be let off the hook, or so the defense bar’s argument goes. A patently ridiculous argument, but one that will be resolved another day.
Lastly, the Court cautions that any representative evidence that relies upon expert witnesses, sampling, and similar evidence remains subject to a Daubert challenge, and thus, must be methodologically sound. This is in line with California Supreme Court jurisprudence that a class action may be certified using representative evidence, but the methodology behind the representative evidence must be credible and free of defects such as sampling errors. See Duran v. U.S. Bank Nat. Assn., 59 Cal. 4th 1, 13, 50-8 (2014) (Liu, J., concurring). See also here and here for discussion of the holding in Duran, and issues relating to the use of representative proof to advance the cause of workers.

Thus, Tyson Foods, far from spelling the end of representative evidence in class actions, has breathed new life into class actions used to protect the interests of consumers, workers, and the general public.
Posted by Eduard Meleshinsky