On December 17, 2018, the Ninth Circuit reversed a decision by the United States District Court for the Central District of California in Biel v. St. James School, A Corp., et al., Case No. 17-55180. 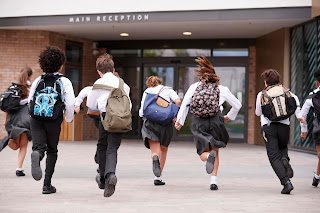 Plaintiff Kristen Biel, a fifth-grade teacher for Defendant, filed a claim under the Americans with Disabilities Act (“ADA”) when St. James Catholic School fired her after she told the School that she had breast cancer and needed time off from work to undergo chemotherapy. The district court dismissed Biel’s claims at summary judgment—holding that her lawsuit under the ADA was barred by the First Amendment’s “ministerial exception.” After her case was dismissed, Plaintiff Biel appealed to the Ninth Circuit.

In November 2013, Plaintiff Biel received a positive teaching evaluation from the School’s principal, noting that Biel was “very good” at promoting a safe and caring learning environment for her students. Less than six months after that evaluation, Biel was diagnosed with breast cancer. When she disclosed her diagnosis to the School’s administrators, she was told her employment contract would not be renewed because “it was not fair … to have two teachers for the children during the school year.”

On appeal, the Ninth Circuit reversed, finding that the total circumstances of Biel’s employment did not qualify her as a minister for the purposes of the ministerial exception.

In Hosanna-Tabor, Cheryl Perich, a teacher for a Lutheran school, was fired after she was diagnosed with narcolepsy and brought ADA claims against the school. The Supreme Court found that the ministerial exception did apply because Perich was more than just a teacher in the Lutheran school. She had a special title of “Minister of Religion” conferred to her by the congregation and distinct from other teachers. Perich led her students in daily prayer, and she also led the school wide mass that occurred twice each school year. Perich claimed a federal tax benefit for employees earning compensation in the "exercise of the ministry" on her tax returns, and she also had to complete extensive religion training in the Lutheran doctrine that took her six years to complete in order to be a commissioned minister. In light of these circumstances, the Supreme Court held that Perish was a minister covered by the ministerial exception.

The Ninth Circuit found that Biel, by contrast, had no sort of credentials, training or titles like Perich. Biel was Catholic, but St. James Catholic School did not require its employees to be Catholic to teach. Biel did not have any extensive training in religion or the Catholic pedagogy. Biel taught all fifth-grade subjects, including a thirty-minute religion class using a workbook on the Catholic faith prescribed by the school administrators. And while Biel joined her students in prayer twice daily, Biel did not lead her students in prayer, and her only job duties at the School’s monthly mass were to keep her class orderly and quiet.

After a holistic examination of her training and duties demonstrated that Biel had a limited role in her student’s spiritual lives, the Ninth Circuit held the ministerial exception did not apply, reversing and remanding her case back to the district court. Biel’s lawyer, Andrew Pletcher, said Biel is still struggling with cancer but is delighted by the Ninth Circuit's ruling.