Yesterday’s decision by the Ninth Circuit in Allen v. Bedolla is yet another reason that class counsel should not agree to a reversionary settlement. As discussed in previous posts to this blog in 2009 and 2014, as well as other publications in 2010 and 2014, such settlements should generally be rejected out of hand. 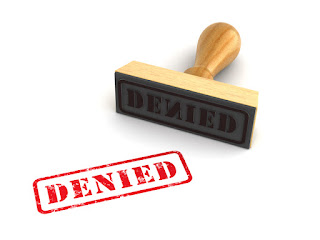 In Bedolla, the Ninth Circuit vacated final approval of a settlement agreement with a reversion to the defendant, again signaling its strong disapproval of such clauses. Allen v. Bedolla, WL 3461537 (9th Cir. June 2, 2015).

At issue in Bedolla were wage and hour complaints regarding uncompensated waiting time violations and cash disbursement machines that charged employees a fee to receive their paychecks. The parties settled the case pre-certification for a gross settlement fund of $4.5 million. However, the devil is in the details. All the money not paid towards attorney’s fees, administrations costs, or to class members who submitted claims was reverted to the defendant employer.

In vacating this settlement, the Ninth Circuit only reviewed the settlement’s procedural fairness, i.e., whether the trial court properly explained its decision that the settlement was fair, reasonable, and adequate – not whether the settlement itself was a good deal. Id. Following its decision in In re Bluetooth Headset Products Liability Litigation, the court was troubled by the presence of a reverter to the defendant because reversionary settlements are a “subtle sign[] that class counsel have allowed pursuit of their own self-interests … to infect the negotiations.” Id. (internal citation omitted). Even more troubling was the fact that the attorney’s fees award was three times the “maximum possible amount of class monetary relief.” Id. The appellate court was dismayed that these seemingly self-interested terms were not thoroughly explained by the trial court, and accordingly, remanded the case to seek more thorough justification of the reversionary provision (among other worrisome settlement conditions).

A reversion clause creates perverse incentives for a defendant to impose restrictive eligibility conditions and for class counsel and defendants to use the artificially inflated settlement amount as a basis for attorney fees.

If you anticipate a low participation rate, as the attorneys in Bedolla did, then direct any unclaimed funds on a pro rata basis to those class members who previously submitted claims. Bedolla, WL 3461537 at *5 n. 4 (“class counsel said that he would consider it a success if even 10% or 15% of the class made claims”). For example, if a class member in the Bedolla case initially received $25, then that member would receive $2.50 for every additional $1 received by a class member that initially received $10. Pro rata distribution can be done in a second payment, or (more cost-effectively) by increasing the allocations before the initial distribution.

Another option is to designate a cy pres beneficiary that receives any unclaimed funds. This option is particularly advantageous when it is difficult to contact class members or when the recovery for any one class member is likely to be relatively low. One famous example is class members that were overcharged on their taxi fares. Daar v. Yellow Cab. Co., 135 Cal. 2d. 695 (1967). In such cases, the defendant should not be able to benefit from low participation. Instead, a nonprofit that serves the affected community should be awarded any unclaimed funds. For example, in workers’ rights cases, funds should go to the Legal Aid Society-Employment Law Center; Impact Fund; National Employment Law Association Institute; the Foundation for Advocacy, Inclusion & Resources, or a similar organization.

Whatever choice you make, avoid problematic reversionary clauses, or risk your carefully negotiated settlement getting struck down on appeal.