The Class, consisting of approximately 2,300 female current and former Associates and Vice Presidents in the Investment Banking, Investment Management, and Securities Divisions of Goldman Sachs, are challenging the company’s practices of paying women less, giving them worse reviews, and passing them over for promotion. Specifically, Plaintiffs allege that Goldman’s “360 review” performance evaluation process, “forced ranking,” and “cross ruffing” (i.e., cross-checking procedure that involves teams of Goldman partners interviewing each other about potential candidates) are policies and practices that inherently discriminate against women, particularly when those policies and practices are exercised within a “boy’s club” culture, where for example, managers/decision-makers exclude women from events such as barbeques, drinks, and golf outings, hire scantily dressed female escorts to attend holiday parties, etc. 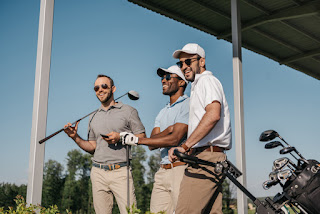 The Court first addressed Goldman Sachs’ attempt to use “experts” in the financial industry to explain custom and practice for evaluation and promotion; however, the Court rejected Goldman’s expert. In United States v. Dukagjini, 326 F.3d 45, 54 (2d Cir. 2003), the Second Circuit, interpreting the Daubert expert-certification approach and applying Rule 702, held that expert testimony should be excluded if the witness is not actually applying expert methodology. The Honorable Judge Analisa Torres, writing in Chen-Oster for the District Court, stated “[u]nder Daubert, the Court must exercise its gatekeeping function accordingly, and ‘exclude unreliable expert testimony and junk science from the courtroom.’” Chen-Oster, 2018 WL 1609267, at *8 (citing, inter alia, Almeciga v. Ctr. for Investigative Reporting, Inc., 185 F. Supp. 3d 401, 415 (S.D.N.Y. 2016)). Judge Torres went on to state, “[g]eneral knowledge about the financial services industry (or, indeed, uninformed speculation about Goldman Sachs) could hardly be relevant or reliable on the question of whether a statistician’s methodology is sound or supported.” Chen-Oster, 2018 WL 1609267, at *8. Judge Torres specifically cited SEC v. Tourre, 950 F. Supp. 2d 666, 677–78 (S.D.N.Y. 2013), in which the Court had excluded testimony because the expert’s knowledge and expertise was in “so broad a category as to become meaningless when particularized” to the issues of the case. Judge Torres, was emphatic: “Defendants cannot circumvent the requirements of Rule 702 and Daubert by labeling a statistical expert’s statistical exercises a ‘real world check.’ A wolf in sheep’s clothing is still a wolf.” Chen-Oster, 2018 WL 1609267, at *8.

The Court also, recognizing the realities of large class actions, allowed Plaintiffs to use “generalized proof” of statistical evidence to show causation prima facie that Goldman Sachs’ policies and practices have a disparate impact on women. Relying on Dukes v. Walmart, Goldman Sachs attempted to argue that individual managers applied Goldman’s practices in “highly individualized ways,” such that Plaintiffs could not show that Defendants used a “common mode of exercising discretion.” Id. at *12. But the Court “decline[d] to indulge in Defendants’ semantic somersaults.” Id. Hitting at the root, the District Court made clear that in Dukes the plaintiffs lost because they had not identified a “common job evaluation procedure.” Here, Plaintiffs did. Id.

Defendants also, relying on a disaggregated business unit argument, contended that gender disparities were the result of “anomalies specific to individual Business Units.” Id. at *14. However, the Court rejected this argument, reasoning that “business units” at Goldman Sachs were not fixed. Id. For years, Goldman had transferred business units to different divisions, and moreover, the personnel in those units regularly transferred to other units and/or divisions. Id. Ultimately, the Court found the Class expert’s cross-unit modelling of the correlation between the performance/promotion process and gender to be persuasive, as it controlled for, among other things, division, year, office, education, and experience. Id. at *15. The expert’s report thereby provided significant proof of commonality for the purposes of showing the disparate impact of Goldman Sachs’ practices on women.

The Court also certified the disparate treatment claim, but not based on the Goldman Sachs “boy’s club” culture. Interestingly, the Court applied a “statistics and anecdotal evidence” approach in which it considered internal complaints, external complaints, survey answers, emails, articles, business records, and declarations from class members to ground its disparate treatment analysis. While Courts may not be recognizing the “boy’s club” phenomenon as evidence in and of itself, they are putting the pieces together to show that misogynist attitudes and practices continue to pervade certain workforces and injure women’s careers.

Although Dukes still presents challenges, the Chen-Oster analysis is a boon to class certification in discrimination cases.

If you have experienced discrimination based upon your gender, and need help, contact Bryan Schwartz Law.