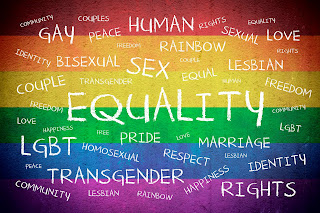 The case involves Aimee Stephens, who had worked for nearly six years as a funeral director at R.G. and G.R. Harris Funeral Homes ("Funeral Home") when she informed the funeral home's owner that she is a transgender woman and intended to start dressing in appropriate business attire for women as part of her transition. The owner of the funeral home fired Stephens because of Aimee's transgender status, claiming that he would violate God's commands if he permitted funeral directors to deny their sex while representing the funeral home and would render him complicit "in supporting the idea that sex is a changeable social construct rather than an immutable God-given gift."

After her termination, Stephens filed a charge of discrimination with the EEOC. The EEOC determined that there was reasonable cause to believe that the Funeral Home fired Stephens due to her sex and gender identity. The EEOC also found the Funeral Home to be in violation of Title VII because it provided male employees with a clothing benefit which was denied to females. After the EEOC's informal conciliation process failed, the EEOC filed a complaint in federal court against the Funeral Home on September 25, 2014.

After the parties cross-moved for summary judgment, the District Court determined that there was direct evidence to support Stephen's claim of employment discrimination on the basis of her sex. However, the Court nevertheless found in the Funeral Home's favor, concluding that the Religious Freedom Restoration Act (“RFRA”) precludes the EEOC from enforcing Title VII against the Funeral Home, as doing so would substantially burden the Funeral Home's religious exercise, and the EEOC had failed to demonstrate that enforcing Title VII was the least restrictive way to achieve its presumably compelling interest “in ensuring that Stephens is not subject to gender stereotypes in the workplace in terms of required clothing at the Funeral home.”

The EEOC timely appealed, and Stephens moved to intervene in this appeal on January 26, 2017, after expressing concern that changes in policy priorities within the U.S. government might prevent the EEOC from fully representing Stephen's interests in the case. Stephen's request was granted by the Sixth Circuit on March 27, 2017.

On appeal, the Sixth Circuit overturned the district court, finding that Stephens was protected by Title VII because the Funeral Home's decision to fire Stephens necessarily implicated Title VII's proscriptions against sex stereotyping, which is already protected under the court’s precedent in Smith v. City of Salem, 378 F.3d 566, 573 (6th Cir. 2004) and Supreme Court precedent from Price Waterhouse v. Hopkins, 490 U.S. 228 (1989). As to the employer’s free exercise of religion defense, the Sixth Circuit reversed the district court’s decision, holding that forcing the funeral home to comply with Title VII did not meet the RFRA’s substantial burden requirement, in part because the funeral home could not rely on the presumed gender biases of its customers to establish a substantial burden on its free exercise of religion. The ruling affirms that transgender individuals are protected by federal sex discrimination laws, and that religious belief does not give employers the right to discriminate against them.