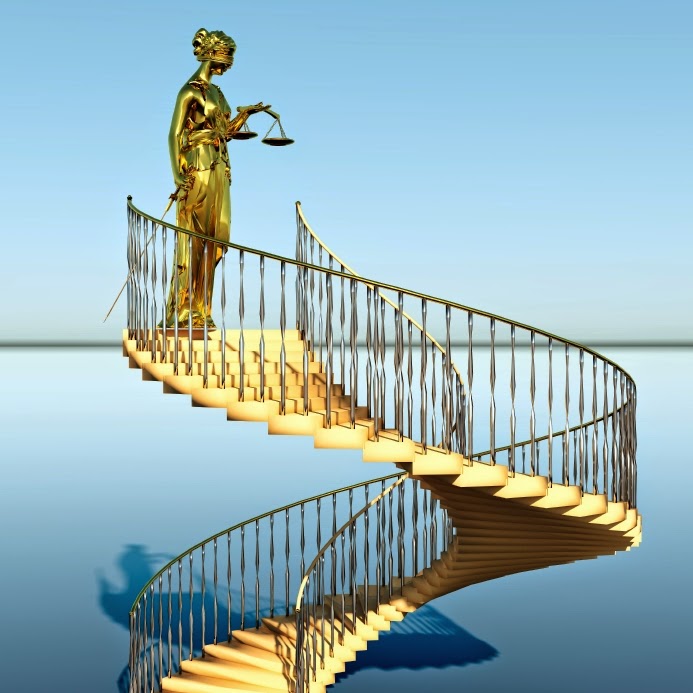 The Private Attorneys General Act of 2004, Labor Code §2698, et seq. (PAGA), allows an aggrieved employee to bring representative claims on behalf of the State of California, and all aggrieved employees, to recover civil penalties for Labor Code violations. This morning's California Supreme Court decision in Iskanian v. CLS Transportation Los Angeles, LLC, available here, labels a PAGA action a qui tam action, and as such, one that cannot be eliminated by a class/collective/representative action waiver in an arbitration agreement. The decision has tremendous consequences for California workers with wage claims - it means that there is still viable recourse for such claims, through PAGA, and that they cannot be erased almost entirely by the existence of a pre-dispute arbitration agreement. Where an employee has PAGA claims, these claims cannot be compelled to arbitration, and representative PAGA claims cannot be stripped because of an arbitration class waiver.

Citing Arias v. Superior Court (2009) 46 Cal.4th 969, 980-81, Justice Liu, writing for the majority (including Justices Corrigan, Kennard, and Chief Justice Cantil-Sakauye), emphasized that an employee bringing a representative claim under PAGA as the “proxy or agent of the state’s labor law enforcement agencies” has “the same legal right and interest” as the state agency. Slip Op. at 31. The Supreme Court held, unequivocally, that "a PAGA representative action is therefore a type of qui tam action" (Slip Op. at 33), in which a statutory penalty is paid largely to the state, with a portion paid to the relator, or informer, who brought the claim to light. Like the right to bring a qui tam action, an employee's right to bring a PAGA action is unwaivable. See Slip Op. at 34, discussing Civil Code section 1668 and Civil Code section 3513.

Among other reasons for prohibiting an arbitration agreement from waiving a PAGA representative action, allowing such a PAGA waiver would violate Civil Code Section 3513’s injunction which says that “a law established for a public reason cannot be contravened by a private agreement.” Slip. Op. at 35. Allowing the waiver would harm the State's interest in enforcing the Labor Code and receiving the proceeds of civil penalties used to deter violations. Id. PAGA was meant to augment the State Labor Workforce Development Agency’s (LWDA's) limited enforcement capacity by empowering employees to enforce the Labor Code as representatives of the LWDA, so any agreement that waives an employee’s ability to bring a PAGA representative action serves to disable one of the State's primary mechanisms for enforcing the Labor Code. Slip Op. at 35. Citing Arias, the Court held that enforced individual arbitration does not serve the purpose of PAGA. Slip Op. at 36.

Most significantly, the Court held that the 1925 Federal Arbitration Act (FAA), given an expansive new meaning by AT&T Mobility LLC. v. Concepcion (2011) 131 S.Ct. 1740 (Concepcion) and other recent U.S. Supreme Court jurisprudence, does not preempt PAGA. Examining the FAA's plain language, legislative history, and Supreme Court jurisprudence, the Court held that although “the FAA aims to ensure an efficient forum for the resolution of private disputes, [a] PAGA action is a dispute between an employer and the LWDA." Slip Op. at 37.

First, in examining the plain language of the statute, the court noted that the FAA's coverage of “a controversy thereafter arising out of such a contract or transaction” related to an arbitration agreement is most naturally read to mean a dispute about the rights and obligations of parties in a contractual relationship. Slip Op. at 37. The statute was meant to govern private disputes.

Third, the Supreme Court’s FAA jurisprudence “consists entirely of disputes involving the parties’ own rights and obligations, not the rights of a public enforcement agency.” Slip Op. at 38.

The only case that has dealt with the enforcement of an arbitration agreement against the government is EEOC v. Wafflehouse, Inc. (2002) 534 U.S. 279, in which the U.S. Supreme Court held that the arbitration agreement did not prevent the Equal Employment Opportunity Commission (EEOC) from suing the employer on behalf of the employee. Slip Op. at 39. As with a discrimination claim prosecuted by the EEOC in Wafflehouse, a PAGA claim is a “dispute between the employer and the state.” Slip Op. at 40. “[N]othing in the text or legislative history of the FAA nor in the Supreme Court’s construction of the statute suggests that the FAA was intended to limit the ability of the states to enhance their public enforcement capacities by enlisting willing employees in qui tam actions.” Slip Op. at 41.

The state’s “public policy prohibiting waiver of PAGA claims, whose sole purpose is to vindicate the [LWDA’s] interest in enforcing the Labor Code, does not interfere with the FAA’s goals of promoting arbitration as a forum for private disputes.” Slip Op. at 43.

In his concurring opinion, Justice Chin (joined by Justice Baxter) agreed with the majority’s conclusion that a total PAGA waiver was unenforceable. Slip op., Chin conc. op’n. at 5. However, discussing Concepcion and American Express Co. v. Italian Colors Restaurant (2013) 133 S.Ct. 2304, inter alia, Justice Chin disagreed with the majority’s PAGA analysis, insofar as it held PAGA to be beyond the reach of the FAA. Slip op., Chin conc. op’n. at 5-8. Without stating what precise limits he believes an arbitration agreement can impose on PAGA claims, Justice Chin ominously professed that the FAA may limit “the ability of a state…to enhance its public enforcement capabilities by authorizing employees who have contractually agreed to arbitrate their statutory PAGA claims to ignore that agreement and pursue those claims in court as the state‘s representatives.” Id. at 8.

The court also considered whether the Supreme Court’s ruling in Concepcion abrogated the rule in Gentry v. Superior Court (2007) 42 Cal.4th 443, rejecting some class action waivers in employment contracts. In Concepcion, invoking the FAA, the Supreme Court invalidated Discover Bank v. Superior Court (2005) 36 Cal.4th 148, a California precedent holding class arbitration waivers presumptively unconscionable and unenforceable in a standard consumer contract. Slip Op. at 5. Concepcion reasoned that the Discover Bank rule interfered with a fundamental attribute of arbitration - apparently, as this blog has suggested before, that companies have a recent, U.S. Supreme Court-created right to force workers and consumers to fight for their rights alone, instead of on a level playing field, coming together with other victims of wrongdoing. See prior articles here and here.

In Iskanian, the Court held that the fact that the Gentry rule (about forced arbitration in the employment setting, where there is a fear of retaliation and career suicide), despite being narrower than the Discover Bank rule, could not survive Concepcion's notion of FAA preemption. Slip Op. at 7.

The court also rejected the argument that the class arbitration waiver was invalid under the National Labor Relations Act (NLRA) of 1935, which protects workers' rights to organize. Although Iskanian cited D.R. Horton Inc., & Cuda (2012) 357 NLRB No. 184 [2012 WL 36274] (Horton I) (NLRA prohibits contracts that compel employees to waive their right to participate in class proceedings), the Court sided with the Fifth Circuit’s conflicting opinion in D.R. Horton Inc., NLRB (5th Cir. 2013) 737 F.3d 344 (Horton II), which held that the NLRA was trumped by the earlier statute, the FAA. This view of the FAA was notwithstanding the FAA's "savings clause" (in 9 U.S.C. § 2) expressly holding that arbitration agreements are not to be enforced upon such grounds as exist at law or in equity for the revocation of any contract. Slip Op. at 11, 19.

Justice Werdegar concurred in the majority’s PAGA ruling but powerfully dissented to the majority’s abrogation of Gentry and rejection of Horton I. Justice Werdegar drew upon extensive Supreme Court jurisprudence pre-dating the Roberts Court, as well as the Norris-La Guardia Act (which outlawed “yellow dog” contracts, prohibiting employers from forcing workers to contract away their collective bargaining rights) and the NLRA (protecting workers’ rights to engage in concerted action). She called today’s class action waivers the “descendants of last century’s yellow dog contracts.” Slip Op., Werdegar dissent at 7. Justice Werdegar noted the absurd result that workers are protected if they engage in collective protest through strikes or walkouts, but precluded from resolving grievances through peaceable collective action in litigation. Id. at 10. She rejected CLS Transportation’s assertion that Concepcion edifies the class waiver against the NLRA and Norris-LaGuardia Act worker protections, making the FAA a “super-statute.” Id. at 13. Justice Werdegar poignantly cited Shakespeare (Julius Caesar): “[M]en may construe things after their fashion/Clean from the purpose of the things themselves.” Slip Op. at 13. The “right of collective action […] need not yield,” based upon the FAA, if the statute were being construed as it was intended. Id. at 14.

Werdergar’s dissent speaks truthfully about the improper recent elevation of the FAA over many decades of legislative and judicial protections for the right to collective action. Today's California Supreme Court holdings on Gentry and Horton disappoint workers' advocates, who hold out hope for this Court as the last bastion of a rational and balanced jurisprudence governing workplaces in America. Ultimately, though, today's decision on these precedents surprises no one - see a post on the Iskanian oral argument here.

Hopefully, the decision will avoid the inevitability of a U.S. Supreme Court grant of certiorari if California took a position narrowing Concepcion to the consumer context, or rejecting the Fifth Circuit Horton II precedent. The states-rights-friendly U.S. Supreme Court majority has no legitimate, vested interest in a California court's interpretation of a California-only statute, PAGA, which does not discriminate in any way against arbitration, but merely strengthens the State's qui tam protections.