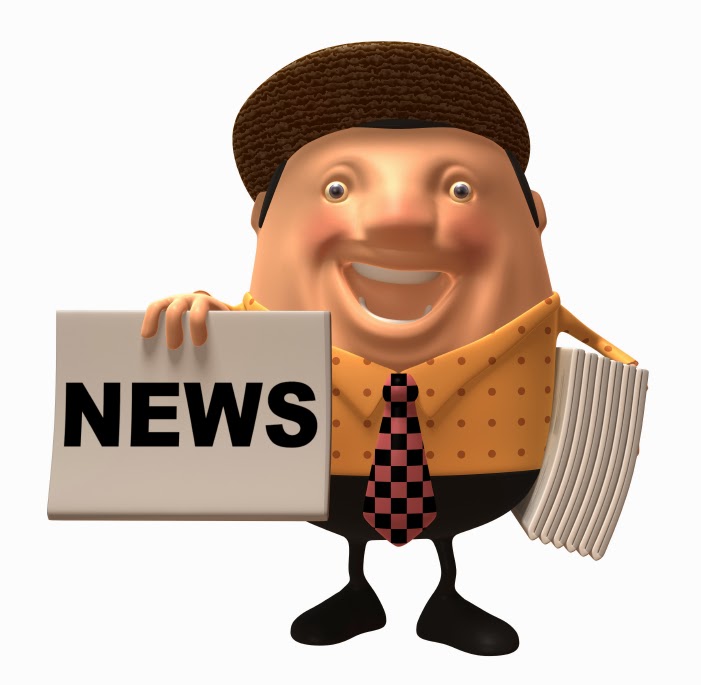 Today, the United States Supreme Court sharply divided along partisan lines in decisions where the right-wing majority bent over backward to further empower corporations at the expense of ordinary Americans, validating companies that strip women's health coverage protections, and acting to eviscerate the power of unions to bargain for workers' rights. What fewer will report is that, today, the California Supreme Court unanimously affirmed a Court of Appeal decision reversing a denial of class certification in an independent contractor misclassification case, Ayala v. Antelope Valley Newspapers, S206874. Yet, Ayala (available here) will have a far-reaching impact for workers in California.

Justice Werdegar, writing for a five-justice majority, with concurring opinions by Justices Baxter and Chin, held in Ayala that the Court of Appeal correctly reversed a trial court decision denying certification of a case brought by newspaper delivery workers against a daily newspaper, which classified them as independent contractors. As independent contractors, the workers were denied minimum wages, overtime, meal and rest period premiums, employer contributions to Social Security, etc.

Though the trial court held that too many individual inquiries were necessary into the way that different newspaper delivery workers operated, to be able to have their claims handled as a class action, the Supreme Court explained that the trial court had missed the crux of the inquiry: whether a common law employer-employee relationship exists turns foremost on the degree of a hirer's right to control how the end result is achieved. See S. G. Borello & Sons, Inc. v. Department of Industrial Relations (1989) 48 Cal.3d 341, 350 (Borello). As the Supreme Court explained: "[A]lthough evidence of variation in how carriers performed their work might support Antelope Valley‘s position that it did not control the carriers' work, such evidence would not convert the critical question—how much right does Antelope Valley have to control what its carriers do?—from a common one capable of answer on a classwide basis to an individual one requiring mini-trials." Ayala, Slip Op. at 4.

Because of the preeminence of the right to control test under Borello, as reinforced by Ayala, common proof - in the form of governing contracts - will often answer the independent contractor versus employee inquiry. As the Court explained, "At the certification stage, the importance of a form contract is not in what it says, but that the degree of control it spells out is uniform across the class." Slip Op. at 11.

For countless California workers who are misclassified as independent contractors when their employers retain the right to control their working conditions, and who want to join with fellow workers to raise common misclassification claims, Ayala is now the most important authority that empowers them to raise their wage claims.

The decision is significant, too, outside the independent contractor misclassification context. Any worker asserting claims against joint employers - where one of the parties denies he or she or it is liable as an employer - will find critical support in Ayala. Ayala is addressed only to a common law theory of recovery - i.e., that the asserted party is an agent who/which engenders liability for the employer. The opinion explicitly elects not to consider how the Borello factors interact, if at all, with joint employer claims under the Labor Code, as defined in Martinez v. Combs (2010) 49 Cal.4th 35. Ayala, Slip Op. at 6.

Still, much of the language regarding class certification and the common, predominant question of whether an entity is liable as an "employer" would be equally applicable in the common law context and the Labor Code context. As the Court explained: "The trial court and Court of Appeal correctly recognized as the central legal issue whether putative class members are employees for purposes of the provisions under which they sue. If they are employees, Antelope Valley owes them various duties that it may not have fulfilled; if they are not, no liability can attach." Slip Op. at 5. Accordingly, unless the "central issue" will be resolved differently for different workers, a case presenting a touchstone question of whether a party may be an employer liable for wage violations is a perfect candidate for a class challenge.

The Court explained that what matters is whether the hirer of the workers retains control over the operations - "[t]he fact that a certain amount of freedom of action is inherent in the nature of the work does not change the character of the employment where the employer has general supervision and control over it....Perhaps the strongest evidence of the right to control is whether the hirer can discharge the worker without cause, because ―[t]he power of the principal to terminate the services of the agent gives him the means of controlling the agent's activities." Slip Op. at 6-7. If an asserted "employer" has the right to hire and fire all of the workers at issue - regardless of whether or not he/she/it exercised that right as to any particular workers - then it is likely a common, predominant question exists on whether the party can be an "employer" liable for wage violations. See also Slip Op. at 8 ("[W]hat matters under the common law is not how much control a hirer exercises, but how much control the hirer retains the right to exercise."); 12 ("That a hirer chooses not to wield power does not prove it lacks power.").

Even on the other Borello factors, beyond the right of control, the Court narrowed which "secondary" factors are most significant, and clarified the meaning of these additional factors in helpful ways for workers. For example, one secondary Borello factor is the "place of work" - but the issue is "who provides the place of work, the hirer or hiree," and not the fact that there may be different physical locations where different workers are stationed. Slip Op. at 16-17. In an independent contractor case, the right to hire and fire at will is a factor of "inordinate importance," along with the "basic level of skill called for by the job," while "ownership of the instrumentalities and tools of the job" is a much less significant factor. Slip Op. at 17-18.

Critically, Ayala helped clarify the world post-Duran v. US Bank (2014) 59 Cal.4th 1 (see blog post on Duran here), by clarifying how manageability of a potential class action affects class certification. "Individual issues do not render class certification inappropriate so long as such issues may effectively be managed." Slip Op. at 17-18 (citing Duran, 59 Cal. 4th at 29; Sav-On Drug Stores, Inc. v. Superior Court, (2004) 34 Cal.4th 319, 334). Far from setting forth an absolute standard for which cases are manageable and which not, the Supreme Court reiterated that courts must engage in "weighing costs and benefits" to decide if the advantages of class litigation to resolve a common predominant question outweigh the disadvantages created by individualized issues. Slip Op. at 17.

After Ayala, more cases involving definitional questions - like, Who is the "employer" of these workers? - will proceed as class actions in California, giving more people a fair chance at recovering unpaid compensation. Misclassified independent contractors are more empowered than ever to seek relief.

If you have questions about a case in which you were classified wrongly as an independent contractor, or in which there is a question of which "employer" owes you wages, contact Bryan Schwartz Law today.

Disclaimer: This article is of general interest and not intended to be legal advice about any particular employment situation. Bryan Schwartz Law does not represent you until you have a signed representation agreement with the firm.