California employers sometimes seek to nip wage and hour class actions in the bud by buying off individual class members for nominal payments. At least one poorly-reasoned California appellate decision, Chindarah v. Pick Up Stix, 171 Cal. App. 4th 796 (2009), seems to permit it. In a recent independent contractor misclassification class action brought by Bryan Schwartz Law, Marino v. CAcafe, the primary defendant tried just such a tactic, mere weeks after the case was filed late last year. The corporate manager asked each employee-former employee to sign a release based upon a supposed “restructuring” but failed to disclose the existence of the workers’ just-filed lawsuit. The U.S. District Court for the Northern District of California issued a strongly-worded opinion, invalidating all releases improperly obtained from putative class members by the defendants, despite Chindarah, and ordering related relief because the employer’s “communications with the putative class members concealed material information and were misleading.” Marino v. CAcafe, Inc. et al., Case No. 4:16-cv-06291-YGR, slip op. at 3 (filed Apr. 28, 2017) (full opinion available here). 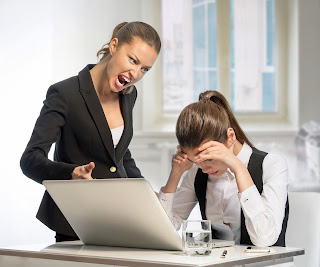 The court explained that “[w]hile the evidence does not indicate the high degree of coercion present in other cases, the fact remains that [the defendants] communicated with putative class members after the lawsuit was filed, but before they had received any formal notice and before plaintiff’s counsel had been given an opportunity to communicate with them.” Id. at 3. Importantly, the defendants’ “communications did not inform putative class members that there was a lawsuit pending that concerned their legal rights, the nature of the claims, plaintiff’s counsel’s contact information, the status of the case, or any other information that might have permitted them to allow them to make an informed decision about the waiver of their rights.” Id. at 4. This conduct “undermine[d] the purposes of Rule 23 and require[d] curative action by the court.” Id. at 3. To correct the harmful effects of defendants’ improper communications, the court:
·     invalidated all releases obtained from putative class members,
·     prohibited the defendants from requesting any reimbursement of payments made,
·    ordered curative notice be issued to all putative class members regarding their rights and the court’s intervention on their behalf (paid for by the defendants),
·    enjoined the defendants responsible for making the communications from engaging in any further ex parte communications with putative class members regarding the litigation or any release of claims until the court has the opportunity to rule on the issue of conditional certification of the FLSA collective action, and
·   ruled that class members who signed releases in exchange for payments could keep those payments, regardless of the outcome of the case.
Id. at 5.

Workers’ advocates should not hesitate to bring motions for corrective action when defendants attempt to subvert the rights of workers and Federal Rule of Civil Procedure 23 (governing class actions) by embarking on a Chindarah campaign. A court need not find a high degree of coercive conduct on the part of an employer to warrant invalidation of releases obtained from putative class members. If the employer uses misleading tactics to obtain releases from putative class action members – like omitting the fact that a class action has been filed against the defendant for wage violations, and failing to disclose contact information of the plaintiffs’ lawyers – then you may have strong grounds to remedy the defendant’s misconduct. See generally Gulf Oil Co. v. Bernard, 452 U.S. 89 (1981); Retiree Support Grp. of Contra Costa Cty. v. Contra Costa Cty., 2016 WL 4080294, at *6 (N.D. Cal. July 29, 2016) (collecting 8 cases).

Contact Bryan Schwartz Law with any questions about questionable releases of wage and hour claims.
Posted by Eduard Meleshinsky